You are here: Home / Bitcoin News / Bitcoin Holders Who Bought In Last 5 Months Are Now In Profit On Average

On-chain data shows that the average Bitcoin short-term holder is back in profit as BTC continues the sharp upwards momentum.

As per data from the on-chain analytics firm Glassnode, the BTC price is now above the average cost basis of the short-term holders. The relevant indicator here is the “realized price,” derived from the concept of the “realized cap.”

The realized cap is a capitalization model for Bitcoin that aims to find a sort of “true” value for BTC by putting each coin’s value at not the current BTC price (as is the case in the normal market cap) but instead the price at which the coin was last transferred.

This price is significant because it represents the average cost basis (that is, the price at which the average holder acquired their coins) in the Bitcoin market. This means that if the regular price sinks below the realized price, it is fair to conclude that the average investor is holding at a loss.

The Bitcoin market is divided into mainly two holder groups: the “short-term holders” (STHs) and the “long-term holders” (LTHs). The STHs include any investors who acquired their coins within the last five months (155 days, to be more precise), while anyone holding coins for longer than that falls into the LTH cohort.

Now, here is a chart that shows the trend in the realized price for the entire market, as well as for these two holder groups separately, over the last few years: 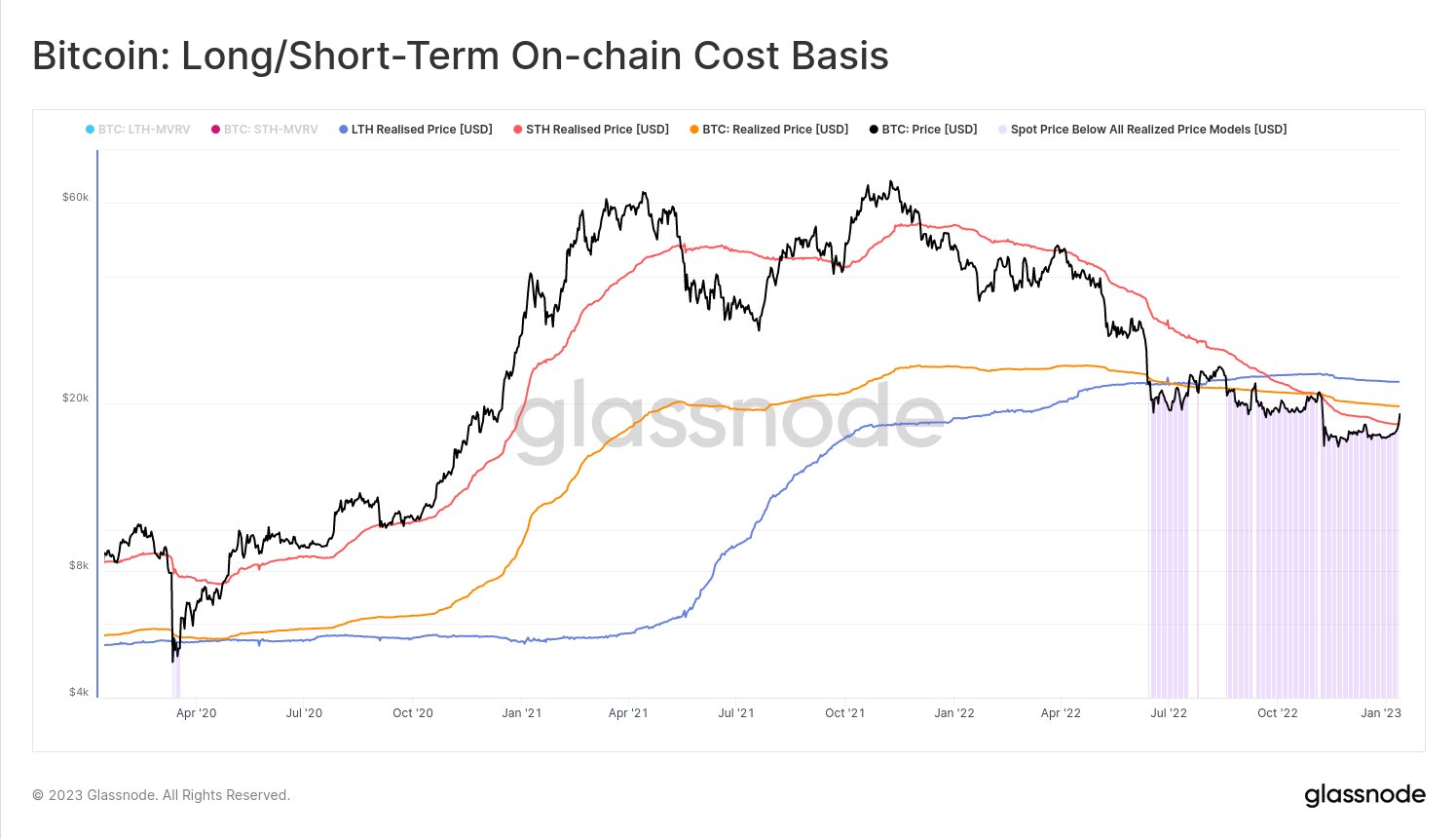 As shown in the above graph, Bitcoin has broken above the $ 17.8k STH realized price in the latest rally, which means the average investor who bought in the last five months is now back in the green. On the other hand, the average LTH is still very much underwater currently, as their cost basis is higher than $ 20k.

BTC is now heading toward the market’s realized price of $ 19.7k. Historically, this level has provided resistance during bear markets, and a real breakthrough above the level has generally resulted in a return toward bullish momentum.

It remains to be seen whether Bitcoin can overcome this resistance this time, assuming that the rally continues long enough to retest the level.