You are here: Home / Bitcoin / Bitcoin Ring 2.0 – A Gimmicky Gadget

Promoting Bitcoin awareness is not an easy task, even though there are various ways to do so.  That being said, every now and then, a new product enters the market that gets some people excited while it seems utterly dumb to others.  The Bitcoin Ring 2.0 may not win any awards for being fashionable or classy, but you can be certain people will talk about it.

Bitcoin Ring 2.0 – Bitcoin Is Just a Finger Away

Bitcoin promotional tools and efforts have undergone several transformations in recent years.  Not only are there Bitcoin T-shirts, hoodies, and hats, but also a plethora of stickers, pins, labels, posters and nearly every traditional item you can imagine.  On the other hand, efforts such as the Bitcoin Jet have not gone by unnoticed either.

The pinnacle of Bitcoin promotion was shown to the world late last year when Bitcoin payment processor BitPay struck a deal with ESPN.  For one year only the yearly US college football was dubbed the Bitcoin Bowl, with plenty of Bitcoin and BitPay logos on the field itself.  Every commercial featured Bitcoin commercials as well.  All in all, the event itself was great for Bitcoin enthusiasts but did little to promote the digital currency in general.

Ever since that day, no major promotional campaigns for Bitcoin have taken place, other than an airdrop at McGill University in Canada.  Bitcoin conferences still come and go, even though most of them remain focused on the US market while the rest of the world is left in the cold.  That situation could change in the future, though, as there are various Bitcoin Meetup groups gaining in popularity across Europe and Asia.

The Bitcoin Ring 2.0 is something that everyone – or no one – could buy.  Even though the term Bitcoin Ring 2.0 might not be aptly chosen, there being no reference to Bitcoin anywhere on the ring, it will be a cause for discussion around the water cooler.  A decent looking ring with a huge scannable QR code on it, as well as having the option of splitting the private keys, are something entirely different.

But that is as far as the fun goes, as the concept of the Bitcoin Ring 2.0 looks absolutely ridiculous, even from an enthusiast Bitcoin user’s perspective.  It is highly doubtful anyone will wear this ring for more than a few seconds unless they find themselves at a local Bitcoin meetup and show it off as a novelty item.

Checking the balance on your Bitcoin 2.0 Ring occurs through the companion Android application, and there is no word on whether an iOS version will ever be made available. Usage of this companion app is not required, though, as individual users can design their own ring based on an address they specify.  That address can be set up as a watch-only address and important in the user’s favorite mobile Bitcoin wallet. 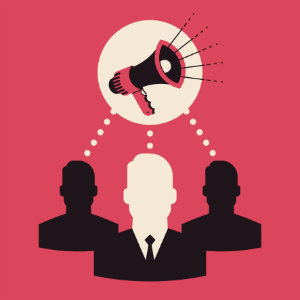 Serious promotional efforts will need to be executed, sooner or later, if digital currency is meant to become a mainstream trend. Bitcoin promotion should be tied in with a push for education on digital currency and the underlying blockchain technology.  The sooner this push takes place, the faster the Bitcoin ecosystem will grow.

Follow me on Steemit and earn crypto for your best comments: … END_OF_DOCUMENT_TOKEN_TO_BE_REPLACED