The year 2015 has been terrible for Bitcoin exchanges around the world, so far, and the bad news just keeps piling up.  Japanese Bitcoin exchange Coincheck – a smaller exchange whose name might not ring a bell for most of our readers – has had one of its bank accounts frozen by Japanese police.  As a result, Coincheck was forced to suspend their operations for the time being. 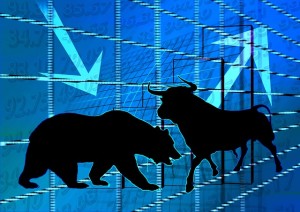 Coincheck is a Bitcoin exchange in Japan trying to bridge the gap between the current financial infrastructure and the new breed of disruptive technology that is associated with digital currency.  In order to do this, the company has created a very user-friendly platform that allows anyone easy access to buying and selling bitcoins at their leisure.

Even though this platform was only launched in September of 2014 – making it one of the most recent Bitcoin exchange platforms around the world – the company had major plans to become a household name in the Japanese Bitcoin scene.  However, at this point in time, we have not received any official numbers regarding active users and trading volumes.

Obtaining your first [piece of a] Bitcoin should take no longer than 10 minutes when using the service offered by Coincheck, regardless of whether you are an existing user or a first-time visitor. And with a trading fee of 0%, there are no hidden charges when making your first digital currency purchase on their platform either.

On top of that, Coincheck offers 24/7/365 customer support through a dedicated staff eager to answer any questions you may have or issues you encounter.  But that 24/7/365 ideology also applies to buying and selling operations at Coincheck, as they let customers take advantage of volatile Bitcoin price swings on their platform, regardless of what time and day it is.

Last but not least, a proper Bitcoin exchange platform can not operate without proper security, which has always been a key issue when it comes to storing other people’s digital financial wealth. Coincheck stores most of the funds in cold storage, where it is safe from hackers and every customer account can enable two-factor authentication as an additional layer of security.

Earlier today, we learned that Coincheck had suspended its services, for the time being, as one of their main bank accounts had been frozen.  At this point in time, it remains unclear as to why this has happened, but we do know the bank account was frozen by order of the Metropolitan Police Department, which could indicate an official investigation is underway.

Bitcoin exchanges such as Coincheck have more than one bank account at their disposal, yet it depends on which bank is willing to accommodate larger volumes in order to determine which one is the “main” bank account for customer funds.  In this case, it is exactly that “main” bank account which has been frozen by the police department.

According to a statement issued by the company’s spokesperson, the bank account in question belongs to Rakuten Bank, and the account holds the lion share of customer’s funds.

It is expected that we will receive an official response from the Metropolitan Police Department in the next few days.

All images courtesy of Pixabay

Follow me on Steemit and earn crypto for your best comments: … END_OF_DOCUMENT_TOKEN_TO_BE_REPLACED