In the world of Bitcoin and digital currency, convenience plays a key role for a majority of the userbase. Buying Bitcoin in a convenient manner remains a challenge for most novice users, as they would prefer to use traditional payment methods such as PayPal and credit cards. Coinizy, on the other hand, is doing something different by launching the world’s first Bitcoin to PayPal exchange. 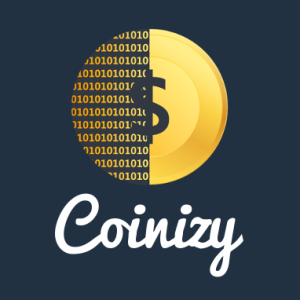 Depending on who you post the question to, buying Bitcoin does not seem to be much of a problem for a vast majority of digital currency enthusiasts.  Granted the process itself is not straightforward, as users will have to go through a verification procedure, which can take anywhere from ten minutes up to a few days.

Once that procedure has been completed, however, Bitcoin enthusiasts can buy digital currency through convenient methods such as bank transfers.  But the problem for a lot more people is how they will convert Bitcoin to something more “usable” whenever they need fiat currency. Waiting for a bank deposit can take a few days which is not an optimal solution.

Coinizy will be offering an exchange to convert Bitcoin to PayPal,  although there are other withdrawal methods at the disposal of users as well.  According to Coinizy founder Yannick Losbar, Paypal and OKPay will be the most commonly used withdrawal methods. Other options include Western Union and even a prepaid debit card.

“Up until now, 99% of the Bitcoin exchanges only offered the good old wire transfer when one wanted to withdraw the funds obtained by converting bitcoins.  This excludes de facto the 2.5bn unbanked people, as well as most of the teenagers, which is very unfortunate since this part of the population could represent the next potential wave of Bitcoin adopters.  Even among the most financially included part of the population, wire transfers are often perceived as slow (3 days on average for a SEPA wire, and up to 10 days for an international SWIFT transfer) and inconvenient.”  – Coinizy CEO Yannick Losbar stated in a press release.

In total, there will no less than seven different withdrawal methods available through the Coinizy platform, which is quite an impressive amount.  As mentioned earlier, there is an option to withdraw to a prepaid debit card and there are three different options available.  Two types of plastic debit cards and one type of virtual card will be offered to Coinizy users looking to withdraw funds. 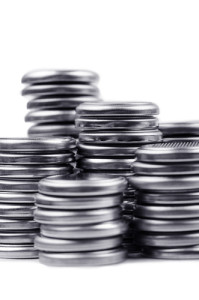 As an added bonus, customers of the Coinizy platform will be subject to a less extensive verification procedure compared to other exchanges.  As Coinizy is not actively selling Bitcoin in exchange for fiat currency, the company finds itself in a less intensively regulated business category.

“The fact that we don’t accept any fiat currency as a depositing method led us to be exempted by the Canadian Financial Services Regulation Authority, FINTRAC,  from the need to register as a Money Services Business and all the heavy additional compliance requirements that necessarily comes along.” – Coinizy CEO Yannick Losbar explained.

Security plays a key role in the launch of this new exchange platform and Coinizy has taken the necessary precautions to protect user-deposited Bitcoins. In fact, the platform doesn’t even hold on to the user deposits, as they are immediately sold during the deposit process itself to create enough fiat currency liquidity. All deposits are sold through SnapCard, partner and Bitcoin processor of Coinizy.

Follow me on Steemit and earn crypto for your best comments: … END_OF_DOCUMENT_TOKEN_TO_BE_REPLACED