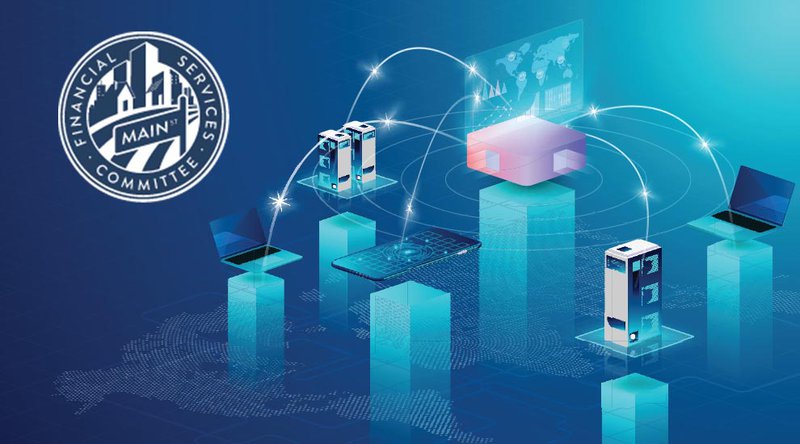 OsiaNetwork LLC has reached out to the Federal Election Committee (FEC) in the hopes that it will allow computer sharing for crypto mining for campaign donations. Osia says it would like to be the platform in which volunteers share their computer power to mine cryptocurrencies, which are then donated to political campaigns of their choice. At press time, the request is in a “public comments” stage.

Initially published September 10, 2018, the venture’s request states, “OsiaNetwork would allow volunteers to support federal political committees by ‘pooling’ the processing power of their internet-enabled devices to mine cryptocurrencies. OsiaNetwork believes that enabling individual volunteers to so ‘pool’ the processing power of these devices would allow individuals to support their preferred candidates, which they would not otherwise be able to do.”

Osia further explains that volunteers can use any registered device(s) so long as they are actively signed into the company’s website. Mined coins do not go to the volunteers themselves, but rather to the OsiaNetwork pool, which keeps a certain portion for company processing fees while sending the rest to volunteers’ choice campaigns.

“Mining rewards will be allocated among OsiaNetwork’s clients proportionately to the number of hashes that each committee’s volunteers generate to solve the block that generates the mining reward,” the company says. “OsiaNetwork will maintain a separate account for each of its clients that reflects, on an ongoing basis, the number of hashes generated by the individual volunteers of that particular client.”

In addition, campaigns also have the option to solicit donations themselves. Osia simply connects to the campaigns’ websites and allows contributors to sign up from that point. Its letter explains, “If a federal committee would like to allow their individual supporters to volunteer the processing power of their internet-enabled devices, OsiaNetwork will provide the tools necessary to create a webpage on that committee’s website that provides the methodology to pool the processing power of these volunteer’s internet-enabled devices.”

Where OsiaNetwork may encounter problems is in the amount of trust it expects from its users. For example, in the “terms of service” section of the company’s request document, it says that Osia does not guarantee the uptime of its services, nor does it take any responsibility for equipment damaged while using Osia’s services.

In addition, the request does not specify how much money will be delivered to designated campaigns, only that mining rewards “will be allocated among OsiaNetwork’s clients proportionately to the number of hashes that each committee’s volunteers generates to solve the block that generates the mining reward,” and that campaigns will receive the value of mined cryptocurrency in USD. The identities of people who participate in the volunteer program are kept secret from campaigns.

The document also says that there are no restrictions regarding how Osia can sell or distribute mined cryptocurrency; however, neither does the document offer details regarding OsiaNetwork’s accountability measures. Thus, the plan basically describes a custodial service, where all the mining rewards are pooled centrally and disbursed by Osia, but without any mention of transparency or accountability — an important aspect for most blockchain users. Osia appears to be requiring a high level of trust from people using the company’s services: All volunteers and miners will just have to have faith that Osia will do as it promises.

Bitcoin Magazine reached out to legal representatives of OsiaNetwork to learn more about any transparency measures that might be in place but was unable to get a response.

On the other hand, areas like Missouri have made tremendous headway. Last year, Republican Senate candidate Austin Petersen of Missouri received upwards of 24 separate bitcoin donations, one of which is the largest in political history — 0.284 BTC, worth approximately $ 4,500 at the time.

Petersen’s campaign manager Jeff Carson later commented that the Senate hopeful was a “big fan” of marketplace competition, which bitcoin tends to deliver.

“I think it goes without saying we’re going to see a lot more of this in terms of campaign contributions and campaign financing,” he said. “With the rise of cryptocurrencies like bitcoin, it was a no-brainer for us to use those.”

Follow me on Steemit and earn crypto for your best comments: … END_OF_DOCUMENT_TOKEN_TO_BE_REPLACED