“Alaska, thanks for bearing with us,” popular smartphone trading app Robinhood tweeted. “Trade Bitcoin and other cryptocurrencies, commission free.” Mere days after, it announced the same for Oklahoma. Residents of the two states can now trade bitcoin cash, dogecoin, ethereum, ethereum classic, and litecoin on its platform.

This week Robinhood, the booming smartphone stock and crypto commission-free trading app, announced it had extended its services to the US states of Alaska and Oklahoma. Effectively, the company is gaining on being available in nearly half of the United States. 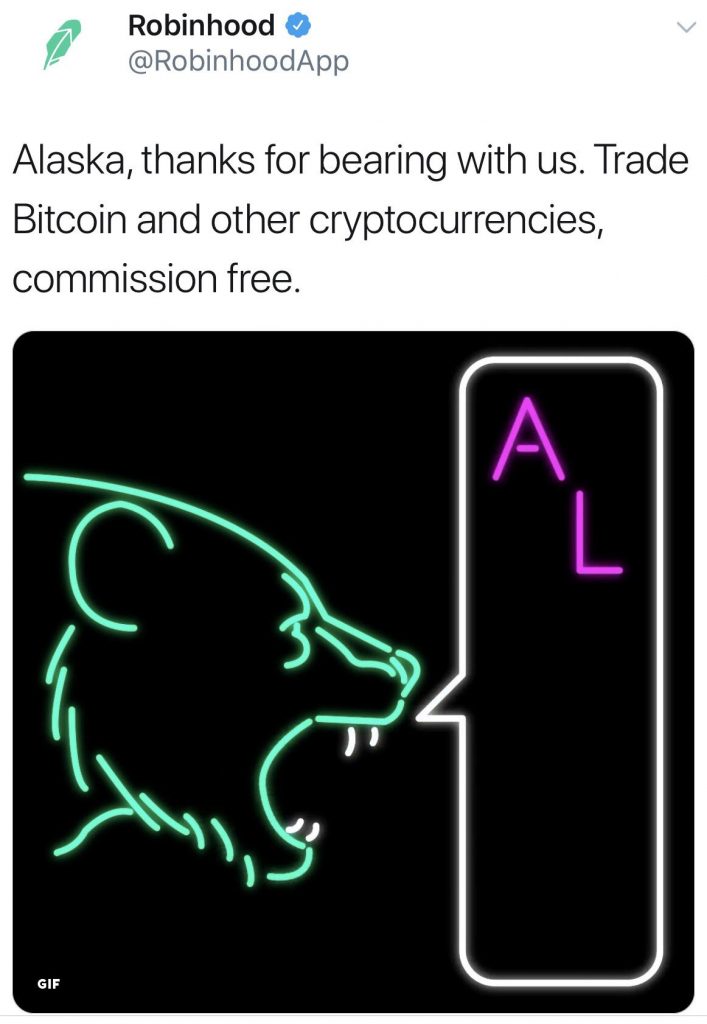 The app features half a dozen cryptocurrencies, but users are also privy to legacy and institutional stock markets, charts, options, as well as up-to-the-minute data from altcoins such as Bitcoin Gold, Dash, Lisk, Monero, NEO, Omisego, Qtum, Ripple, Stellar, and Zcash.

A Year of Growing Into Crypto

The company began 2018 with a blockbuster announcement, suggesting they were moving into crypto. “Trading functionality for BTC and ETH will be released gradually in waves,” they blogged, “to Robinhood residents in California, Massachusetts, Missouri, Montana, and New Hampshire. Robinhood Crypto will be available in more states soon.” 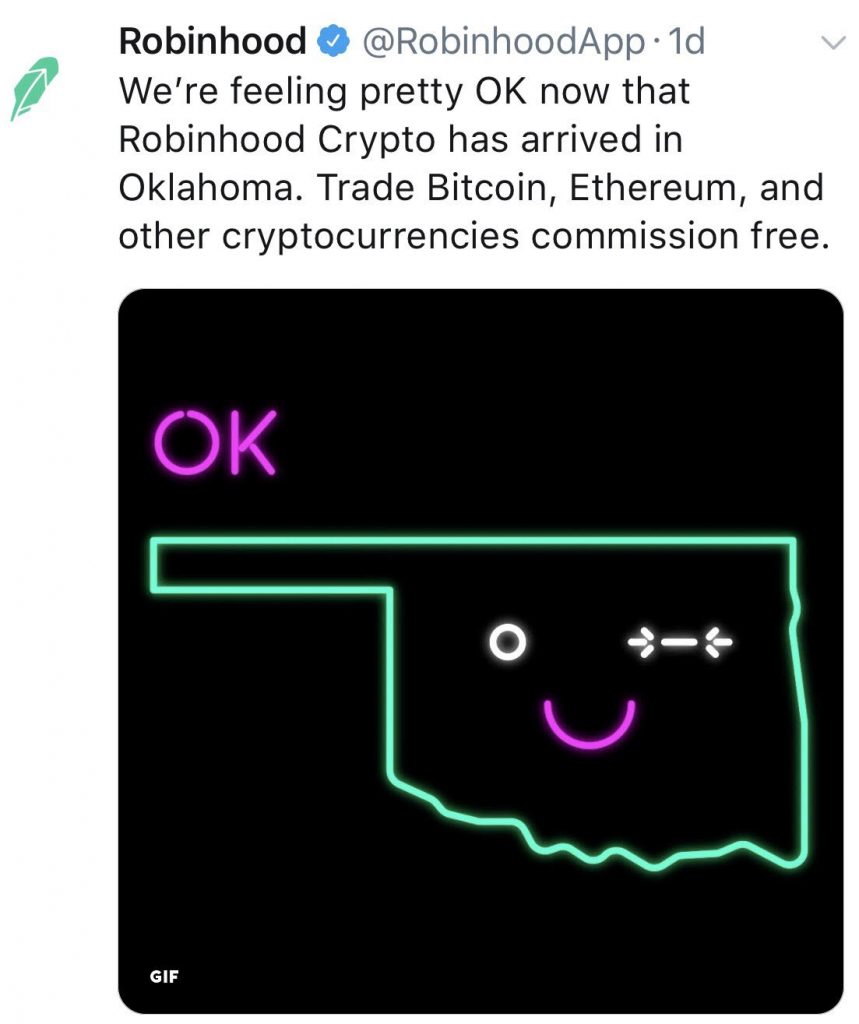 By February, users could begin trading bitcoin core (BTC) and ether. Not too long after, the company began to inch their way into California, Massachusetts, Missouri, Montana, and New Hampshire. It has seemed all downhill from then on for the app, as it continued to gain clusters of states.

It also wasn’t too much long ago the company was valued at over $ 5 billion following over a quarter billion dollars in venture capital funding. Some analysts insisted at least part of that eye-popping valuation was due to Robinhood embracing cryptocurrency.

Do you think Robinhood will eventually expand into all 50 US states? Let us know in the comments below.

At Bitcoin.com there’s a bunch of free helpful services. For instance, have you seen our Tools page? You can even look up the exchange rate for a transaction in the past. Or calculate the value of your current holdings. Or create a paper wallet. And much more.

Follow me on Steemit and earn crypto for your best comments: … END_OF_DOCUMENT_TOKEN_TO_BE_REPLACED