You are here: Home / Bitcoin News / Getting Stuff For Free Costs A Fortune

While many people cheered their stimulus checks, those same people are unaware of the long-term price they’re paying for endlessly increasing monetary units.

This is an opinion editorial by Andrew Keir, an author of a daily newsletter, where he dives deeply into the transformational nature of Bitcoin.

This article was inspired by a tweet from Guy Swann, “Getting stuff for free costs a fortune,” which precisely sums up the state of play under a fiat monetary system: a system that allows for the endless increase of the monetary units at the hand of small, mafia-like cartel, and at the expense of the rest.

This dynamic reminds me of another quote from Jeff Booth that is something along the lines of,

Just like what happened to the Romans when they irresponsibly inflated the denarius, the same is happening right now to the U.S. dollar and every other fiat shitcoin in existence. The damage it is doing to tear society apart will be studied by historians in years to come.

It’s so counterintuitive. Most people have no understanding of money or the monetary system and they just blindly trust the lunatics in government. They have no idea that the ability to give out stimulus checks and just hand out money with bailouts is actually the very thing that is harming them most. It’s distorting all natural incentives provided by a free-market dynamic and creating dire unwanted externalities which create alternate incentives that are much, much worse than what would be output otherwise if the market were simply allowed to do what it does best, which is solve myriad complexity in the most supreme way we know how.

This distorting of incentives is corrupting us deeply from a psychological point of view and it is corrupting our values structure through which all information flows as we make decisions and attempt to orient ourselves in the world.

The most obvious manifestation of this is kinetic war. There are far less obvious examples, though you don’t have to look hard to see them. Two things happened this week in the U.S. that are examples of this derangement we are experiencing.

The raiding of a former president’s house is absolutely obscene and should give you chills. I’ll be the first to admit I don’t know all the details. I’m not sure anyone really does at this point, but It has some spooky John F. Kennedy vibes about it, and it looks to be a deeply political act at its core, further highlighting how far the U.S. establishment has fallen and how far it has drifted from having any kind of moral compass.

I care little for Ethereum, but the sanctioning of open-source software is something without precedent. It is not a person or a business entity; it is simply information on a fundamental level. Information cannot be sanctioned. It cannot be called upon to go to court. This is aimed at privacy-seeking Americans — all of them. The implications of this so far have been many: the freezing of funds by centralized and regulated entities and Tornado Cash’s founder having his github repository suspended, which is simply the censorship of information, of code. Unfortunately, it is likely that the worst is still yet to come.

My main takeaway from this is that the U.S. government has just put their citizens on notice. They do not believe you have a right to privacy. They want to treat privacy like it is something criminal and sinister. This is a direct attack on U.S. citizens, but it is unlikely this stance is limited to the U.S. It would seem highly probable that many other smaller “allies” will follow suit and get in line.

What does this mean for Bitcoin?

It once again shows the level the State will go to to keep you as a subordinate slave. If code is speech, then this shows a complete disregard for any freedom of it, and it is a glaring reminder of the need for true decentralization and the critical nature of self custody.

Decentralization provides us with the optionality to remove single points of failure, like exchanges. Exchanges are regulated entities and as we see in this instance, they will instantly bend the knee. They will do what they’re told.

If you opt to use bitcoin in such a way where you allocate trust to an exchange to take custody of your bitcoin, it is important you understand the risk you are taking. The reality is, that bitcoin is no longer yours. All you have is an IOU, and under extreme adversarial conditions, as with this current example, that IOU will not be redeemable for your bitcoin. What could have been fuck-you money, will become fuck-me money.

I can’t speak to the properties of shitcoin mixing services like the one in question, but bitcoin mixing can imply a custodial service. One where you relinquish custody of your bitcoin. If you use a mixing service, you are sending your bitcoin to a third party and hoping to receive someone else’s bitcoin back. CoinJoins on the other hand are collaborative transactions which leverage the core properties of the Bitcoin protocol — that being self-custody — to provide you with a powerful tool to improve your privacy while not compromising the trust model which Bitcoin affords.

Any entity that is centralized — be it a custodial mixing service or any other — is a single point of failure and should be avoided. Trust these at your peril.

As mentioned above, open-source software cannot really be sanctioned. Can people using certain software be targeted? While the notion of such a thing seems completely insane, the answer of course is yes, but it becomes more a question of how can that be enforced. If the U.S. Treasury said tomorrow Bitcoin is sanctioned, what they are really saying is you are sanctioned from using Bitcoin. They would be criminalizing the transmission of scarce information. Despite how absurd that sounds, it’s worth considering the possibility given this recent development.

In this instance, any bitcoin custodied by regulated third parties vanishes and would be under the control of the government. That is the most obvious point of capture. Any single points of failure become targets. Assume failure. Even with that, Bitcoin would remain. The network would continue to produce blocks and facilitate transactions, which highlights the critical nature of running a node. If there were only a few nodes, then the potential may exist to capture and shut down the network, but there are tens of thousands of nodes and this number is growing every day. In addition, the nodes are geographically distributed throughout every corner of the planet. The realistic probability of shutting down every one of those, while it is not zero, would likely be close to it.

The Bitcoin network would endure such attacks and, ultimately, it would become stronger. But how individuals use bitcoin would have significant ramifications on individual Bitcoiners. Which brings us back to the critical nature of privacy: If you have a high level of privacy, you cannot be targeted as easily. If the majority of users have a high level of privacy, such an action becomes almost unenforceable. A powerful asymmetry would exist and render any attempts to sanction or outlaw it as futile.

There are 437,000,000 new reasons to ensure you custody the keys to your bitcoin, and there are many future Bitcoiners learning this lesson the hard way right now.

Bitcoin was designed to operate under adversarial conditions. There is little the government can do to attack the Bitcoin protocol, which makes it unlikely they would try. They would simply attack the users: us. Acknowledge the game board and act accordingly. Privacy is not just a right, it is critical. Everything is downstream of privacy and it is a central piece of the fortune you pay for getting things for free.

Remember: Freedom is not given, it is taken. Bitcoin empowers you to take yours.

Fix the money, fix the world.

This is a guest post by Andrew Keir. Opinions expressed are entirely their own and do not necessarily reflect those of BTC Inc. or Bitcoin Magazine. 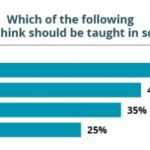