You are here: Home / Featured / Newsflash: Bitcoin Price Crashes Below $10,000

Well, that de-escalated quickly. Just nine days after breaching the five-figure mark for the first time in 2019, the bitcoin price has once again crashed below the $ 10,000 level. Bitcoin Price Slips to $ 9,950 The flagship cryptocurrency had been in a downtrend since peaking near $ 14,000 on June 26, suffering multiple major sell-offs en route […]

Follow me on Steemit and earn crypto for your best comments: … END_OF_DOCUMENT_TOKEN_TO_BE_REPLACED 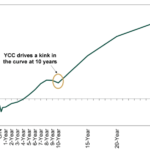