You are here: Home / Archives for African

President Faustin-Archange Touadéra received Changpeng Zhao to discuss bitcoin and crypto. The meeting of the minds happened on Friday and there’s not much public information about what actually happened. The Binance CEO has been meeting African presidents recently, so it only makes sense that he visited the first nation to make bitcoin legal tender in the continent.

1/ Impressive meeting today and an incredibly important step for the future of the Central African Republic .

Thank you @cz_binance for opening up and sharing some brilliant ideas based on the @binance experience. A truly remarkable moment!#CAR pic.twitter.com/gyU5fu2Bbt  Read more...

This is a preview of Binance’s CZ Visits The Central African Republic, Meets President Touadéra. Click Here To Read the full post 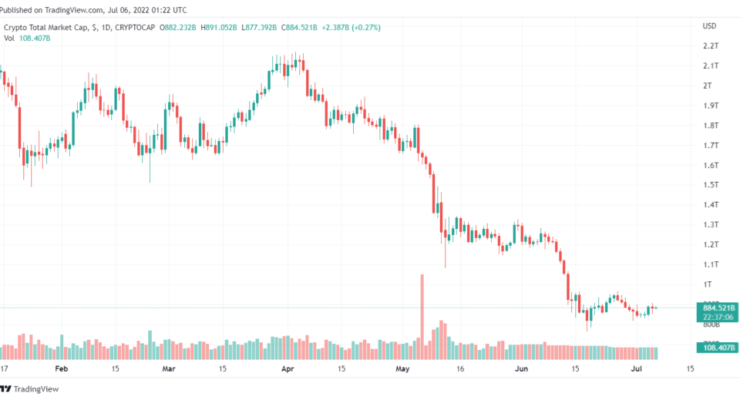 H2O Securities, an infrastructural firm based in South Africa, generated $ 150 million to introduce crypto water tokens. The company landed the funds from the investment of GEM Digital, a global investment company.

According to the operational plans of H2O Securities, funds from the water token launch are solely for infrastructural purposes. The company would use it to facilitate water supplies to places that lack adequate fresh water. The launch of this token marks the world’s first cryptocurrency water token to exist.

Related Reading | NFT Volume Down 93% Since January, Is This The Beginning Of The End?  Read more... 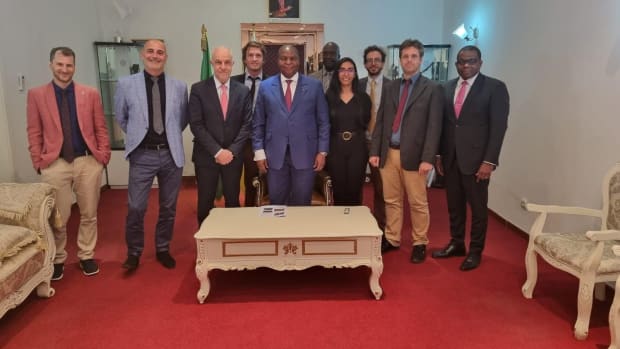 A group of Bitcoiners traveled to the Central African Republic to meet with the country’s president and discuss pathways for bitcoin adoption.

The people of the Central African Republic (CAR) are on a mission to be the first country in Africa to enable widespread bitcoin adoption. They are the second country in the world (after El Salvador) to officially adopt bitcoin as legal tender for use in regular commerce and for paying taxes.

In April 2022, President Faustin-Archange Touadéra signed into law a bill (which passed unanimously) making bitcoin and the CFA franc the legal currency of the Central African Republic.  Read more...

This is a preview of The Central African Republic Bets Big On Bitcoin. Click Here To Read the full post 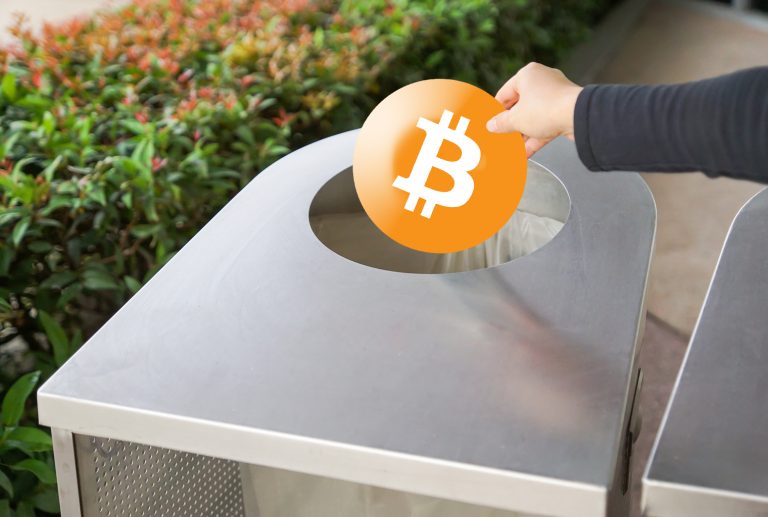 On July 12, South African payment gateway service Payfast announced the company is dropping bitcoin core (BTC) payments due to network congestion and high fees. Payfast emphasized that BTC has a number of limitations and design flaws which makes it an “impractical substitute for cash.”

This is a preview of South African Payment Gateway Drops BTC Over Fees and Network Congestion. Click Here To Read the full post

Tech entrepreneur and Dallas Mavericks owner Mark Cuban joined the growing list of skeptics warning about the apocalyptic dangers of Facebook’s cryptocurrency project, Libra. In an interview with CNBC, Cuban made his position on the Libra clear: “I’m not a big fan of what they’re doing there. I think it’s a big mistake […] but […]

In a potentially risky move, the 15 member nations of ECOWAS – Economic Community of West African States –  have agreed to launch Eco, a “common currency” similar to the method the EU uses. Eco is expected to make its debut in January 2020. In an attempt to create more frictionless trade, West African leaders […]

International Investment Company Advances Cryptocurrency Adoption Across Africa JOHANNESBURG, June 13, 2019-  Today Apollo Currency​ announces a historic partnership with African Development Funding Group (ADF Group) to encourage the use and adoption of cryptocurrency at a national level across the continent of Africa. The ADF Group works directly with 54 African Nations at the presidential and ministerial level to provide funding and sustainable development on a range of commercial and non-profit ventures. In addition, the ADF Group offers a comprehensive suite of financial consulting services to governments, specializing in wealth management, infrastructure projects, and more. The ADF Group originated as an investment company focused on Africa,  Read more...

This is a preview of ADF Group Endorses Apollo Currency as ‘Only and Obvious Choice’ to 54 African Nations. Click Here To Read the full post

By CCN Markets: One of Africa’s largest insurers, Old Mutual, has announced it will no longer cover crypto mining equipment due to lack of regulation. After researching the industry, the Pan-Africanist financial group discovered a number of reasons that prompted it to make the decision that will not sit well with crypto miners. According to a local report, Old Mutual is convinced that the cryptocurrency industry is associated with cybercrime while the equipment used for crypto mining is highly modified and operates on a 24/7 basis, making it susceptible to malfunctions such as overheating. Old Mutual won’t cover crypto mining  Read more...

This is a preview of Major African Insurer Refuses to Cover ‘Risky’ Crypto Mining Equipment. Click Here To Read the full post

When we talk about worldwide crypto adoption, one of the most untapped places in the world is Africa. Nigerian blockchain experts have called for greater regulation of cryptocurrency on the African continent to strengthen the sector in the region and to help boost the economy. Although most crypto-fanatics will pour scorn on any talk of 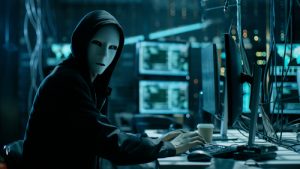 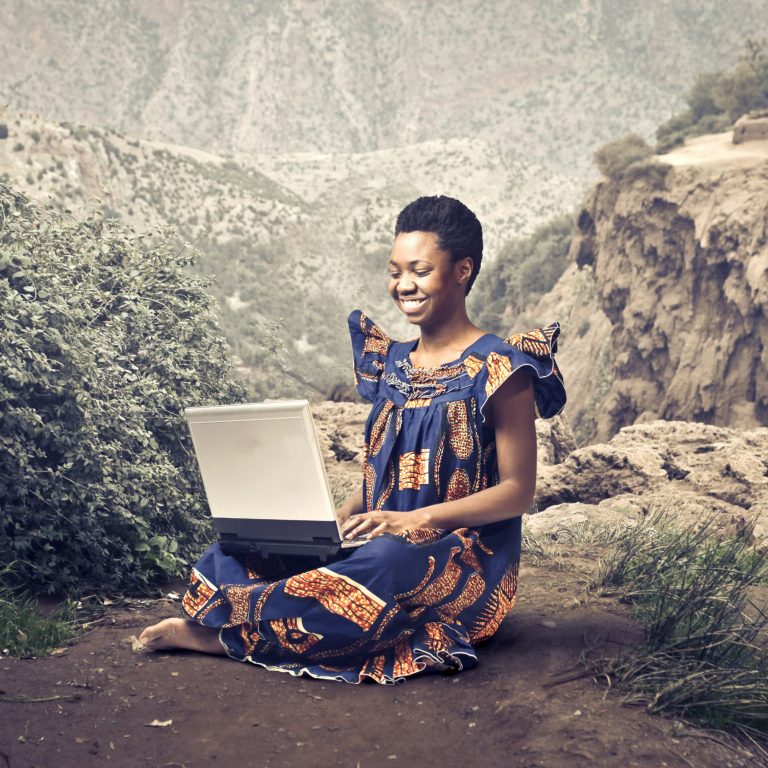 Cryptocurrency exchanges in some of Africa’s biggest bitcoin markets have been forced to rethink their security to thwart persistent attacks from hackers, a trend that has troubled trading platforms all around the world.

The Worst Yet to Come for African Exchanges

Exchanges in the African continent have been relatively unscathed, suffering scant losses amidst the $ 930 million that’s been stolen from global exchanges so far this year, according to data by U.S. cyber security firm Ciphertrace.  Read more...

This is a preview of African Cryptocurrency Exchanges Forced to Step up Security. Click Here To Read the full post 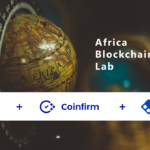 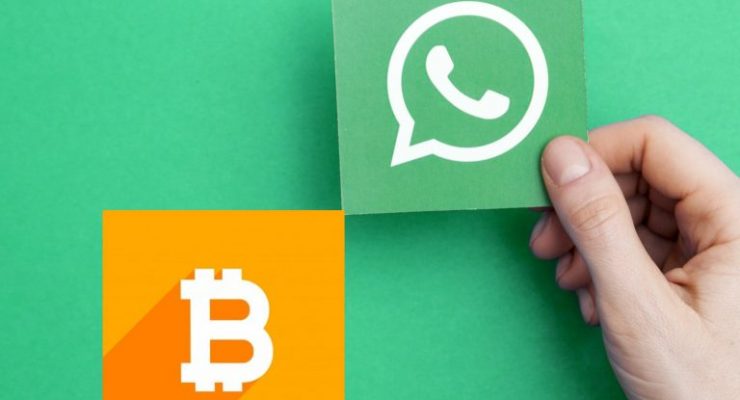 Governments in Africa simply cannot stop an idea whose time has come. In Zimbabwe, financial regulators banned cryptocurrency trading, and shut down two exchanges, thinking to have killed the ecosystem, only for Bitcoin to find a new life on Whatsapp. Kenyan authorities have sounded tough on virtual currency, warning banks and individuals against trading such, but the local cryptosphere continues to flourish, both on social media and on centralized exchanges.

This is a preview of Bitcoin Trading Flourishes on Whatsapp Following African Exchange Closures. Click Here To Read the full post

Centbee of South Africa has announced the launch of its bitcoin cash wallet app in beta, as adoption continues to grow in Africa and elsewhere around the world. Some shops in Kenya already accept bitcoin cash for purchases.

South African cryptocurrency firm Centbee has released the beta version of its bitcoin cash wallet, allowing users to send BCH to one another via cellphone. The app, which allows people to receive, hold, and spend BCH, has been in alpha testing for the past few months, with users trying out its performance through test coins. Users have asserted that “its most useful feature is the ability to send bitcoin cash to friends by selecting from their phone’s contacts list,” according to reports.  Read more... 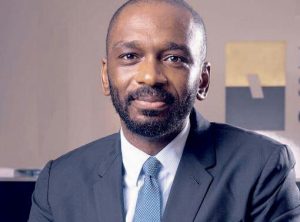 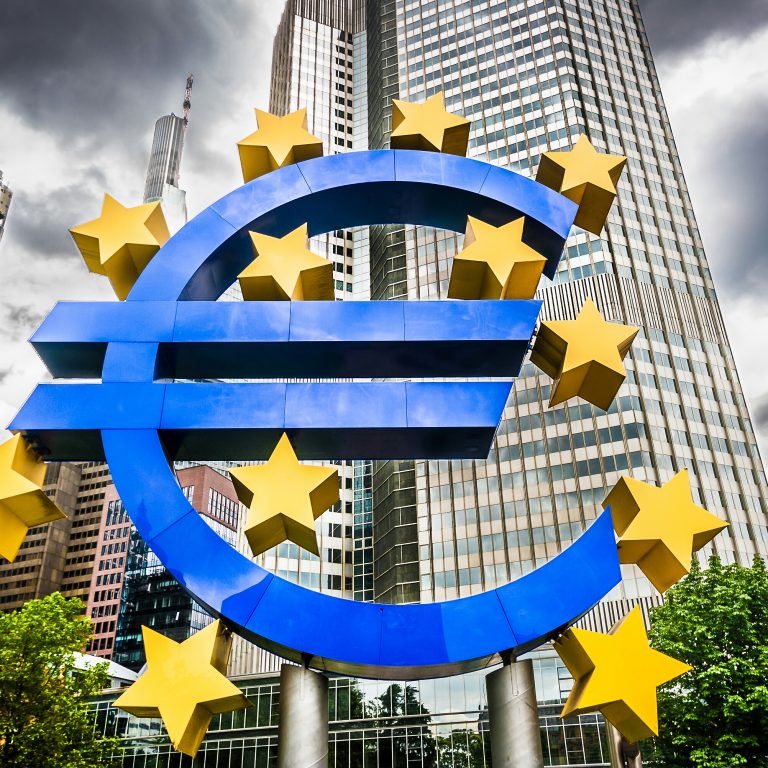 European banks have allegedly been complicit as corrupt African leaders pilfer the wealth of their economies in the billions of dollars. The Angolan government on Monday arrested the son of ex-president Jose dos Santos for stealing $ 500 million from the country’s sovereign wealth fund, with the help of a British bank. It is only a few days ago that Nigeria demanded that a bank in Europe returns $ 100 million laundered by former dictator Sani Abacha. In Liberia, ex-central bank governor Milton Weeks is under investigation for the $ 104 million that vanished from state coffers.  Read more...

This is a preview of European Banks Complicit as Corrupt African Leaders Plunder Their Home Economies. Click Here To Read the full post 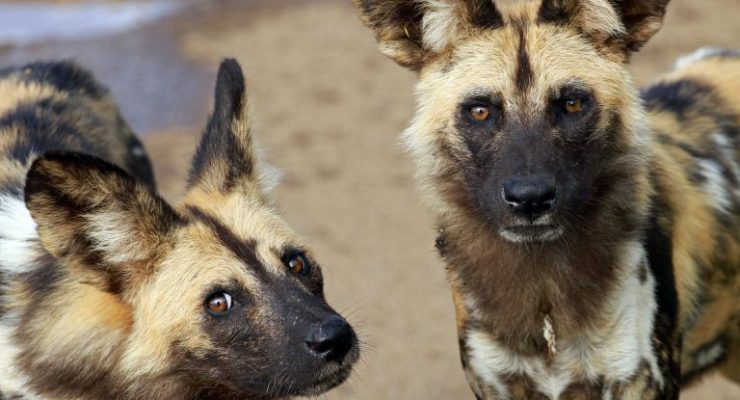 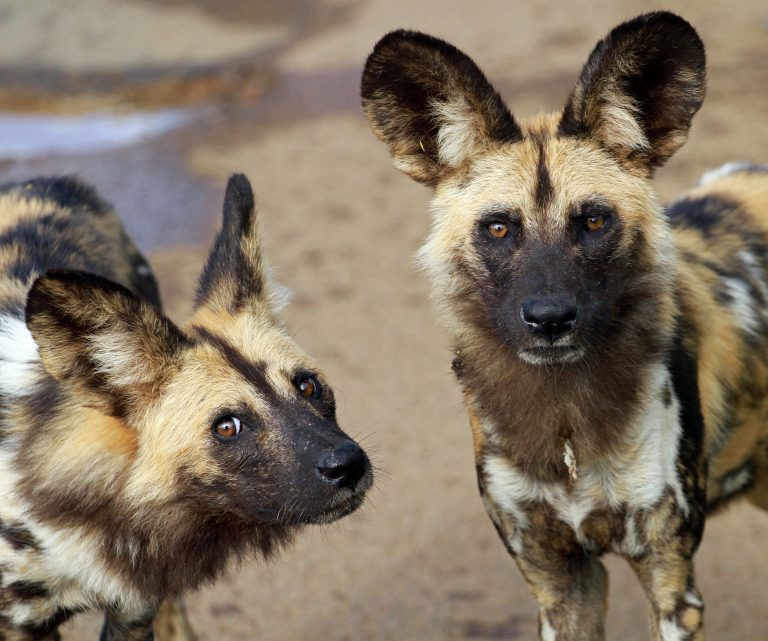 In Namibia, the African wild dog population has been decimated to near extinction. But one wildlife lover is trying to stop all that. And bitcoin cash (BCH) is her gateway.

Nadja Leroux, a Namibian wildlife conservationist looking out for the African wild dog, received her first bitcoin cash donation of Rand 145 (about US$ 10) while deep in the wild, protecting the animal she loves most.

This is a preview of With Bitcoin Cash, A Namibian Conservationist Hopes To Save Endangered African Wild Dog. Click Here To Read the full post 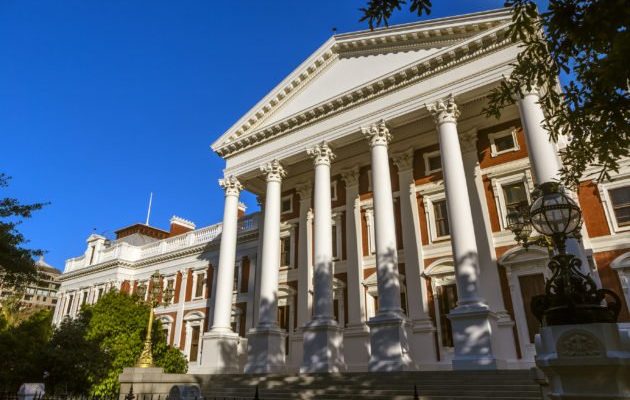 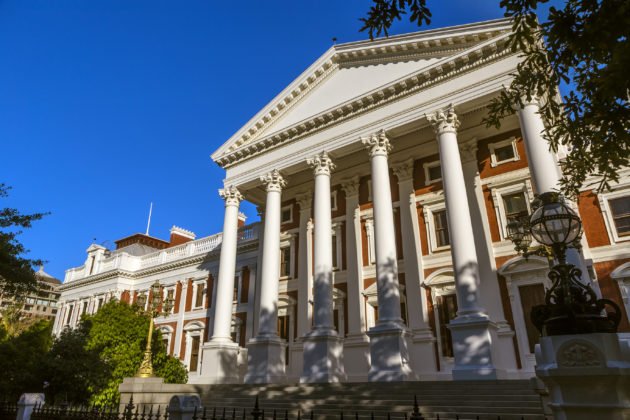 The draft cryptocurrency tax legislation follows on from the press release issued by SARS in April 2018. At that time, the tax agency categorically laid out plans to tax income earned via virtual currency transactions. As part of the April 2018 press release, SARS said:  Read more...

This is a preview of South African Releases Draft Cryptocurrency Tax Law. Click Here To Read the full post

Paxful knows that Bitcoin in Africa is making a difference, as is evident by a South African business school now accepting the virtual currency for tuition.

There are a number of factors that can help determine one’s success, such as determination, education, wealth, intelligence, and even luck. Out of these factors, education is often the one that most people have trouble with. They may lack the time, money, or opportunity to gain a proper education to give them a head-start on financial success.  Read more...

This is a preview of Paxful Celebrates News of Noted South African Business School Accepting Bitcoin. Click Here To Read the full post 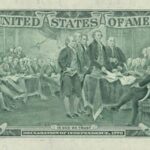 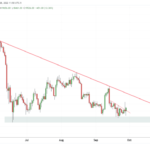