You are here: Home / Archives for Catch

Large cap altcoins have appreciated nicely against the US Dollar in 2019. Their gains however, have paled in comparison to Bitcoin’s bullish rally this year. But Digital Currency Group CEO Barry Silbert said in a tweet Wednesday that he expects the market value of quality altcoins to catch up to the Bitcoin price boom sometime […] 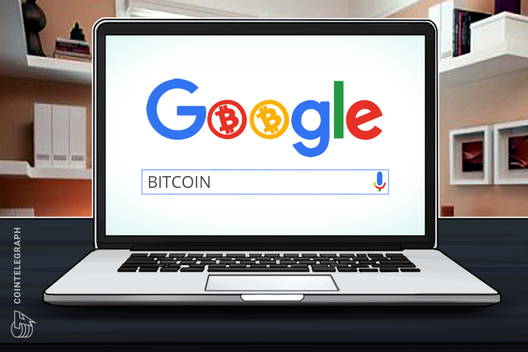 By CCN.com: Remember when IBM was the technology trailblazer? It seemed every innovation out of Big Blue took off, leaving any other company that dared to compete in the dust. Well, the tables have turned. No longer is IBM the standout in the technology space, and one of the reasons relates to the strides being

Recent news shows Delaware playing an important role in the capture of British hacker Grant West. U.K. Authorities caught West last year and recovered $ 700,000 worth of Bitcoin. The Catch According to a report by Delawareonline, undercover U.K. officials caught West last year while he was traveling by train. West was convicted of fraud, in addition

Google will, once again, allow advertising for regulated cryptocurrency exchanges in the United States and Japan starting from October. The move comes four short months after its previous cryptocurrency advertising ban had been instituted.

The search engine mogul Google has revealed that it will be loosening up on their previously instituted ban on cryptocurrency advertising which went into effect on June 1st.

As the Bitcoinist reported back then, the main reasons for the ban in the first place were to “prevent consumer harm.” Speaking on the matter at the time was Scott Spencer, Google’s Director of Product Management, Sustainable Ads, who said:  Read more...

This is a preview of Google to Allow Cryptocurrency Ads Again, But There’s a Catch. Click Here To Read the full post

The Dubai police have arrested a 10-man gang that stole AED7 million (about $ 1.9 million USD) from a prospective bitcoin buyer. The arrest comes less than 48 hours after the police received a report of the robbery incident. Police authorities say recently integrated artificial intelligence (AI) technology in the police force helped with the timely arrest of the gang.

How the Alleged Bitcoin Robbery Occurred

According to the details released by the police, the gang lured two brothers looking to buy bitcoin. The 10-man gang was led by a GCC national and other members are of Asian origins. The two brothers had apparently been trying to find bitcoin sellers when they came across the gang.  Read more...

This is a preview of Dubai Police Catch 10-Man Gang Responsible for Bitcoin Robbery. Click Here To Read the full post

A recent poll on Twitter held amongst more than 7,500 people showed the abrogating reaction of the majority when asked about the way they handled their taxes associated with crypto investing and trading. Only a fifth of the participants revealed that their taxes are already filed and paid.

Catch Me If You Can

A cryptocurrency taxes poll posted on Twitter on April 1st quickly caught up to speed with more than 7,500 people already taking part.

This is a preview of ‘They’ll Never Catch Me’ 52% of People Say About Paying Crypto Taxes. Click Here To Read the full post

An executive confirms that Mastercard is open to the use of cryptocurrency, but there is a major catch involved.

Banks have notoriously been steadfast in their opposition to cryptocurrencies, and this is for a very good reason. The peer-to-peer economic marketplace of digital currencies is a direct threat to the current financial monopoly held by banks and other financial institutions. Which is why it was surprising when an executive at Mastercard said that the credit card issuer was open to the overall use of cryptocurrency. However, there is a major catch to this announcement.

This is a preview of Mastercard Open to Cryptocurrency, But There’s a Catch. Click Here To Read the full post