You are here: Home / Archives for eToro

The highly anticipated crypto power lunch between Warren Buffett and Justin Sun is growing and will now include two new members who promise to enrich the conversation between the two businessmen. eToro CEO Yoni Assia is one of them. Assia has been straightforward and actually pushed for an invitation instead of waiting for it. Would […]

eToro senior market analyst Mati Greenspan thinks Bitcoin’s (BTC) next parabolic run is still in its early stages. In a recent interview with Bloomberg, Greenspan touched on the latest price action that saw Bitcoin surge over $ 8,000 this week. While the largest digital currency has since pulled back to around $ 7,000, Greenspan is very bullish on the leading […]
SludgeFeed

Bitcoin (BTC) is currently having its best week in months after the leading digital currency moved above $ 5,000 for the first time since November. While the rally has paused over the last few days as the market locks in recent gains, eToro senior market analyst Mati Greenspan thinks Bitcoin could go significantly higher before running into real resistance. […]
SludgeFeed

Tel Aviv-based social trading platform eToro, which launched in the United States 2 weeks ago, had a busy day yesterday. Initially revealed in a report by Bloomberg, eToro has agreed to purchase Copenhagen-based blockchain firm Firmo to accelerate the growth of tokenized financial assets. While the terms of the deal are not public, eToro did note […]
SludgeFeed 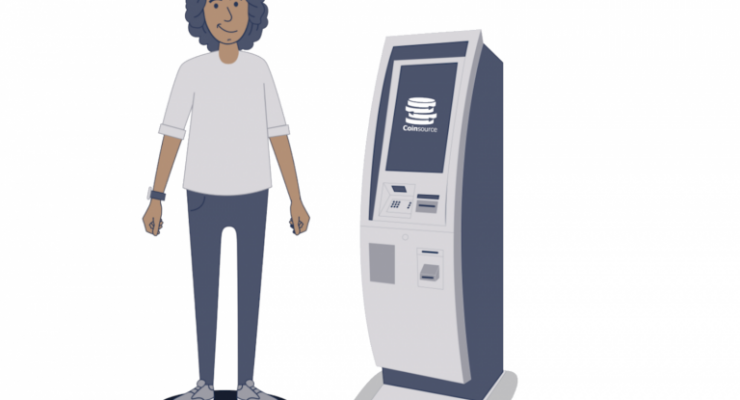 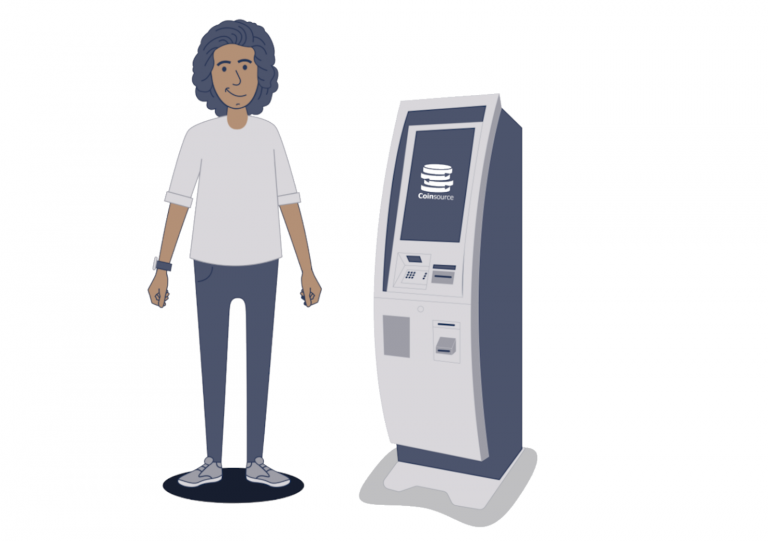 In this edition of The Daily we cover a funding round by a Swiss startup that lists crypto instruments on the SIX exchange, an expansion of the Coinsource ATM network using a new business practice, and a new feature added to the Etoro wallet.

Swiss crypto asset investments startup Amun AG has announced it has completed its first funding round. The round raised $ 4 million for Amun, and brought on board a number of known industry figures including Adam Draper, founder of Boost VC, Graham Tuckwell, founder of ETFS Capital, and Greg Kidd, co-founder of Hard Yaka. The round also saw participation of four family offices from the U.S., Switzerland and the Middle East.  Read more...

This is a preview of In the Daily: Amun Funding Round, Coinsource Two-Way ATM, Etoro Wallet. Click Here To Read the full post 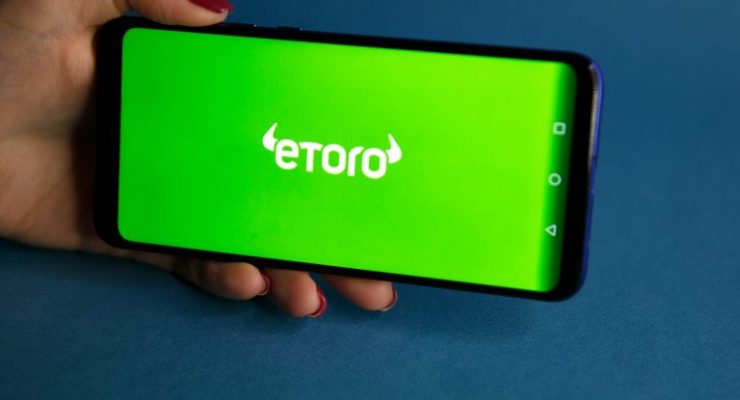 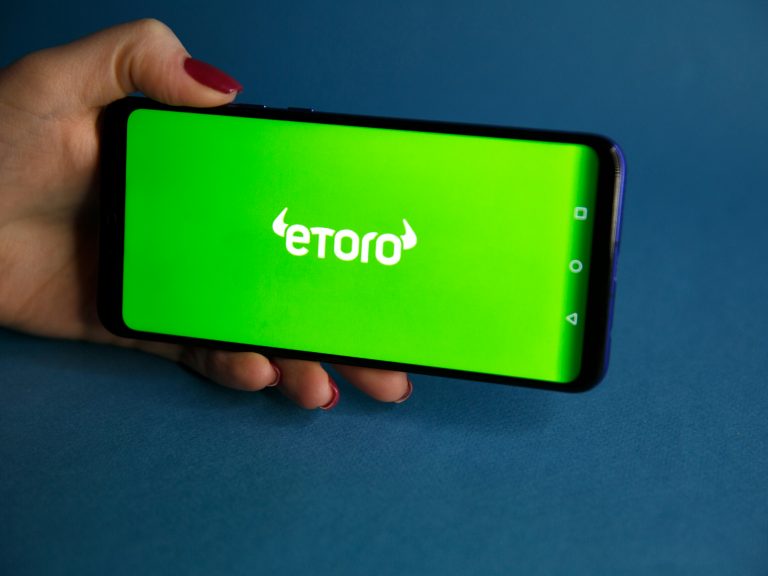 Social investment and trading platform Etoro has announced the launch of its platform and cryptocurrency wallet in 30 U.S. states and two territories. In America, users will have access to invest in BTC and 12 other cryptocurrencies at launch, with more to be added throughout the year. The Etoro wallet will initially support bitcoin core, bitcoin cash, ethereum, litecoin, ripple and stellar.

This is a preview of Social Investment Platform Etoro Launches in 30 US States. Click Here To Read the full post

Tel Aviv-based trading app eToro announced this week that Zcash (ZEC) has become the latest altcoin to join the growing list of tradeable digital assets. Zcash is now available on eToro. As our selection of cryptocurrencies continues to grow and expand, we are happy to introduce the most recent addition: Zcash. You can now buy and sell […]
SludgeFeed

Tel Aviv-based trading app eToro has issued an apology to XRP Army, a term used to describe the large and dedicated Twitter following of Ripple’s digital currency, over a critical video detailing the price action of XRP as a warning to investors. A thread. We are happy to see how strong and well connected the #xrpcommunity is. It […]
SludgeFeed

This is a submitted sponsored story. CCN urges readers to conduct their own research with due diligence into the company, product or service mentioned in the content below. New research from Mumsnet and eToro busts the age-old myth that women aren’t interested in their own finances and investments. In a new survey of 1,000 mums*, Mumsnet

Bitcoin (BTC) has suffered another major sell-off over the last week, dropping nearly 24% over the period. Major altcoins, outside of XRP (XRP), have performed just as bad or worse. However, according to data recently published by eToro senior market analyst Mati Greenspan, it looks like investors on the Tel Aviv-based trading app have taken […]
SludgeFeed

Tel Aviv-based eToro has officially launched the eToro Wallet, a cryptocurrency wallet that combines an easy to use customer interface with enhanced multi-signature security. We've expanded! We're happy to inform you that the eToro Wallet is now available in all EU countries, Switzerland and Gibraltar. Platinum & above clubs (for now) can transfer $ BTC and $ ETH from […]
SludgeFeed

Calling it an “open invitation for the world to “rethink the existing economic framework,” eToro co-founder and CEO Yoni Assia today announced the launching of GoodDollar, a blockchain-powered, non-speculative crypto project which is geared towards a global distribution on the principles of the universal basic income. The launch has the backing and blessing of eToro,

The global investment platform eToro confirmed that they will release their cryptocurrency wallet in a recent press release published this week.

On the 6th November, eToro tweeted through their official Twitter handle to announce that they have expanded and that they have created a new wallet available in several different countries.

We’re happy to inform you that the eToro Wallet is now available in all EU countries, Switzerland and Gibraltar. Platinum & above clubs (for now) can transfer $ BTC and $ ETH from eToro to the wallet.  Read more...

This is a preview of eToro Reveals New Wallet Along With BTC & ETH Adoption. Click Here To Read the full post

Tel Aviv-based eToro added Binance Coin (BNB), the exchange token for Binance, to its social trading platform on Monday. We are pleased to inform you –  Binance Coin is now available on eToro. Here are a few things you should know about $ BNB:▪ Created by the world’s largest crypto exchange, Binance, BNB was launched in mid-2017. — eToro (@eToro) […]
SludgeFeed

Social trading platform eToro has partnered with Binance to list the Binance Coin (BNB) cryptocurrency on its platform. eToro also becomes the first platform to offer the BNB tokens to investors for trading using fiat. The addition of BNB on the trading platform increases the number of crypto assets available to eToro’s investors to 13. 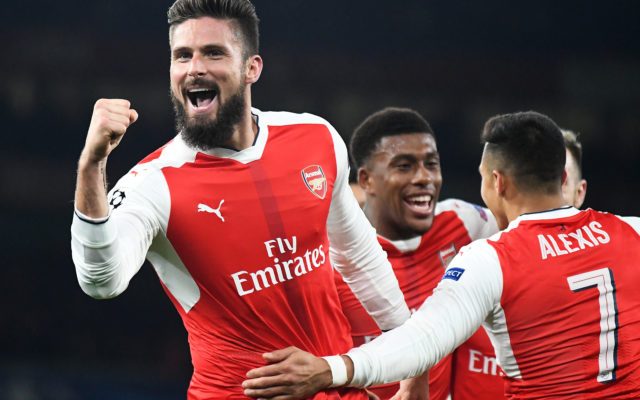 Following the bitcoin signing of a Turkish Amateur player in January, could crypto-transfers be heading to the English Premier League? ‘Yes’ and ‘Soon’, according to eToro’s UK Managing Director, Iqbal V Gandham.

eToro announced partnerships with seven Premier League clubs earlier this season, including former champions Leicester City, and Tottenham Hotspur. Each club is receiving sponsorship monies in bitcoin, in return for promoting the platform.

The clubs have also been eager to explore the benefits that blockchain technologies can bring them, according to Gandham. These might include authenticating merchandise, reducing ticket touting, and even buying new players.  Read more...

This is a preview of ‘Bitcoin Premier League Transfers Within A Year,’ Says eToro. Click Here To Read the full post 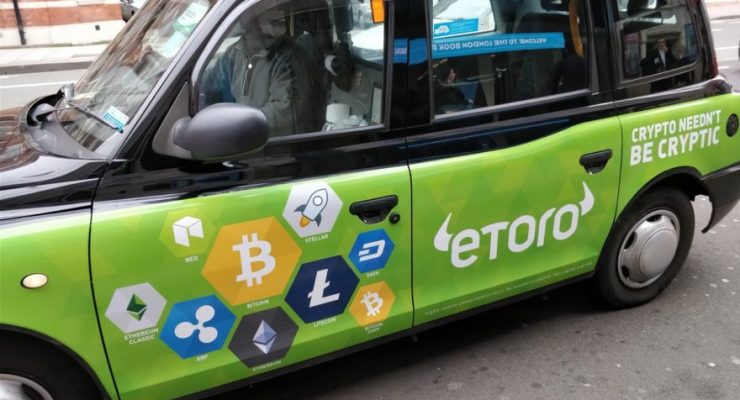 Bitcoinist spoke with Yoni Assia, CEO of the largest social trading platform in the world eToro on their latest push to take cryptocurrency mainstream.

With over 10 million users globally, eToro has become a somewhat of a household name. It is also no secret that the company has been a big supporter of Bitcoin and other cryptocurrencies for a few years now. Its logo is often seen alongside numerous cryptocurrencies almost everywhere in the UK and elsewhere. 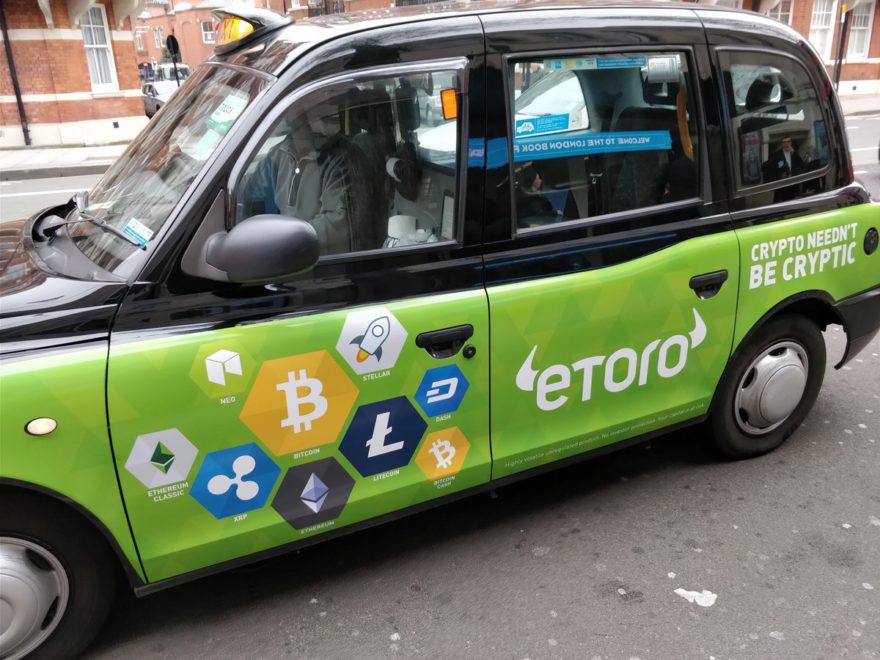 Assia explained why eToro is so focused on raising cryptocurrency awareness, why regulation is important for mass adoption, and his opinion on ‘Bitcoin maximalism.’  Read more...

This is a preview of EToro CEO: We’ll See ‘Greatest Transfer of Wealth Ever Onto the Blockchain’ [Interview]. Click Here To Read the full post 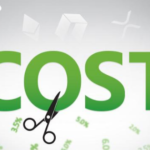 This is a submitted sponsored story. CCN urges readers to conduct their own research with due diligence into the company, product or service mentioned in the content below. Jay Smith is one of eToro’s most recognisable traders, and he wants everyone to achieve success on the leading global investment and trading platform. Here, in his typically

This is a submitted sponsored story. CCN urges readers to conduct their own research with due diligence into the company, product or service mentioned in the content below. Eagle-eyed investors are constantly seeking financial instruments that have the potential to generate high returns. Sometimes their investment hopes go up in smoke, alas. Experienced traders will have

Follow me on Steemit and earn crypto for your best comments: … END_OF_DOCUMENT_TOKEN_TO_BE_REPLACED