You are here: Home / Archives for Hubs’

The post The Hub’s Decree: Information Regarding The Sharder Hub appeared first on CCN 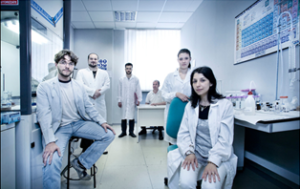 3D-Token Attains ICO Soft Cap Earlier Than Targeted Date and Is Now Launching the Development of its Robots’ Network Through the Affiliation of New Hubs.

3D-Token is running on the back of an already existing business (Politronica srl) and a highly-experienced award-winning team. Politronica is a spin-off company of the Italian University “Politenico di Torino.”

The 3D-Token sale was launched on the 18th of December 2017 and is to run through to the 11th of February 2018 but already, remarkable strides are being recorded. The ICO soft cap was reached on the 28th of December, just 10 days into the campaign with over 1 million dollars realized.  Read more...

This is a preview of 3D-Token ICO Attains Soft Cap and Launches Network Hubs’ Affiliation Program. Click Here To Read the full post

Follow me on Steemit and earn crypto for your best comments: … END_OF_DOCUMENT_TOKEN_TO_BE_REPLACED