You are here: Home / Crypto News / The Road Ahead For SysCoin – Merged Mining, Escrow & More!

Some of you may remember we wrote two separate articles on SysCoin before it even launched. Ever since the launch however, there are a lot of people with questions, which we will try to answer in this article with the information we found. Once SysCoin released their wallets, they were packaged as installers, which put off a fair few people. Ever since however, the current SysCoin wallets are executables with no installation required. It’s good thing the developers listened to the community in that regard.

The biggest question is : what is next for SysCoin? As there is no clear path or development roadmap available to the public, speculation is running wild, as you can imagine. The developers have posted some details about their plans though.

One of the features currently being worked on via the testnet is merged mining and service fee regeneration. Some issues in regards to merged mining still need to be worked out, but once those are sorted, a new wallet will be released, which could happen sooner rather than later.

After the escrow feature has been completed, development of end-to-end encryption using SysCoin keys will begin. In due time, we will find out more details about this feature, as it could lead to encrypted messaging, cloud storage, emails and everything in between.

Other features being considered are Service fee schedule finalization , QT wallet improvements and building web-based service demos. All of the aforementioned features should be released over the span of the coming 1-3 months. 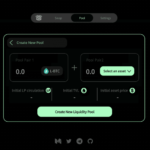