Titanium Comics has been making a name for itself in the Bitcoin community over the past few months.  Not only is this company one of the first to sell their published work in exchange for Bitcoin payments, but they are also offering a limited edition of “The Arcane #2” using Ascribe.io.  It seems that managing a digital work of art on the blockchain is the way forward for content creators.

Titanium Comics Brings “The Arcane” to the Blockchain

Comic book fans all over the world will know the name Titanium Comics by now, as the company has created “The Arcane”, one of the most beloved comic book narratives in history.  By combining the occult, epic battles and a wild west setting into one character-driven story, The Arcane brings a breath of fresh air compared to the many superheroes comics in existence today.

Even though only one issue of this series had been released up until June 2015, The Arcane has gotten a large following of die-hard comic book fans, to much delight of Titanium Comics.  Issue #2 , released in June, sees the story progress from where Issue #1 ended and many surprises and curveballs will be introduced in the following issues.

Most people feel that the comic book genre is slowly dying, but Titanium Comics noticed an uptrend in terms of enthusiasm.  Without a proper narrative and characters that readers can relate to, there isn’t much to a comic book story.  However, the recent resurgence of comic book movies and television shows is boosting the enthusiasm for this medium around the world.

Protecting the digital rights to comic books is becoming more important as well, which is why it is beneficial to have services such as Ascribe at the disposal of Titanium Comics.  Being big comic fans themselves, Ascribe allows creators to protect their work in a user-friendly and convenient manner, something that is not always possible in the entertainment industry.

The way Ascribe works is by giving content creators the tools to create decentralized and timestamped records, which can be used to verify ownership of the content.  Considering how this information is stored on the Bitcoin blockchain, the timestamping will be visible for anyone in the world.  Doing so leaves more time for important tasks, such as creating content, rather than worrying about securing assets and ownership claims.

“It’s exciting to connect fans with the comics and characters they love!  Titanium is at the forefront of using technology to publish and promote comics and limited edition digital files unlock new opportunities for all creators.” – Ascribe CEO Bruce Pon told DigitalMoneyTimes.

Issuing a Limited Edition Comic on the Blockchain 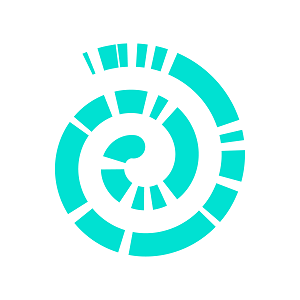 Ascribe’s technology offers more benefits to content creators as well, as they can issue a special edition of the work on the blockchain.  In the case of Titanium Comics, they will offer an Ascribe/Titanium Comics Arcane Limited Edition Digital Package, a must-have for any fan of the series.

Regular digital comics can hardly be made rare, as anything on the internet can be made available to anyone in the world, either legally or illegally.  Unique digital limited editions, on the other hand, preserve value on digital goods just like they would with rare print collectibles.  Publishers can include as little or as such extras as they would like, similar to how there are two-disc Blu Ray editions of movies.

“Blockchain technology has the ability to disrupt naturally occurring omnipresence online.  Creators using the technology can place specific and intentional limitations on digital comics, to make those goods limited like the physical goods markets have done traditionally.  It’s exciting being a comic publisher knowing creators who are publishing actively in the digital space can create a number of unique digital merchandise packages to excite and satisfy fans.“  – Titanium Comics

Follow me on Steemit and earn crypto for your best comments: … END_OF_DOCUMENT_TOKEN_TO_BE_REPLACED