Operating a Bitcoin exchange in the United States has become a bit of a hassle lately, as various states are in the process of creating a regulatory framework for virtual currencies.  As a result of this impending regulation, Bitcoin exchange operators will have to apply for specific money transmitter licenses, which are not cheap.  But anything is possible, as the Laissez Faire exchange platform has demonstrated.

Laissez Faire is Legal in 49 US States Right Now

Over the past few months, there has been a shakeup of Bitcoin exchanges willing to pursue specific operating licenses.  Ever since the BitLicense regulatory framework was announced, multiple exchange platforms have halted their services in the New York state area, whereas a handful of others are pursuing their licensing requirements.

New York is just the first of potentially many states drafting up their own Bitcoin regulatory requirements.  Should every individual state require exchange operators to obtain a specific license in that region, insurmountable costs are on the horizon.  Bitcoin startups will feel the brunt of these costs, as securing funding to get things moving along in a regular fashion is difficult enough.

It comes as quite a surprise to find out a brand new virtual currency exchange, called Laissez Faire (LZF) claims their operation is legal in 49 US states at this time.  Granted, there are several US states where obtaining a money transmitting license is not required, whereas other states have very strict policies in place.  The only place where Laissez Faire is not offering its services is in the New York state area.

This is where Laissez Faire shows how a Bitcoin exchange platform should operate.  Providing customers with an autonomous system with integrated banking facilities seems to be the way forward for all virtual currency exchange platforms.  Other than cold storage transfers, there is no particular need for manual processing of transactions.

Unlike centralized virtual currency exchanges where fiat currency trading is allowed, Laissez Faire lets the bank act as a funds custodian.  On top of that, Laissez Faire is one of the very few platforms to offer an instant KYC approval process, which is something many Bitcoin enthusiasts will appreciate.

With over 30 banks supported at the time of publication, Laissez Faire wants to offer a smooth and convenient way to purchase virtual currency through bank transfers.  With no ACH deposit or withdrawal fees, and the option to process international deposits and withdrawals on the same business day, Laissez Faire offers a ton of potential. 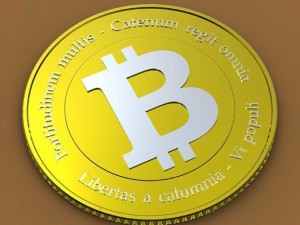 Over the next few weeks, Laissez Faire wants to enable EUR markets and SEPA deposit/withdrawal capabilities to their platform.  At the time of publication, USD was the only supported fiat currency, next to popular virtual currencies Bitcoin, Dash, Litecoin, and Peercoin.  There was no official word on adding additional virtual currencies to the platform for the time being.

What sets Laissez Faire apart from nearly every other virtual currency exchange platform is their royalty bonus for limit orders.  Doing so will, hopefully, create a stable trading market in the long run.  Every trader will be compensated for placing orders close to the bid-ask range at that time.  Every order that remains open in this range will receive royalties until the rotor is either executed or cancelled.

Any new exchange platform will face a lot of scrutiny from virtual currency communities, as there have been a lot of exchanges being hacked over the years.  Laissez Faire has taken precautions in this regard as well, by offering bug bounties to researchers testing the platform’s security.

Follow me on Steemit and earn crypto for your best comments: … END_OF_DOCUMENT_TOKEN_TO_BE_REPLACED