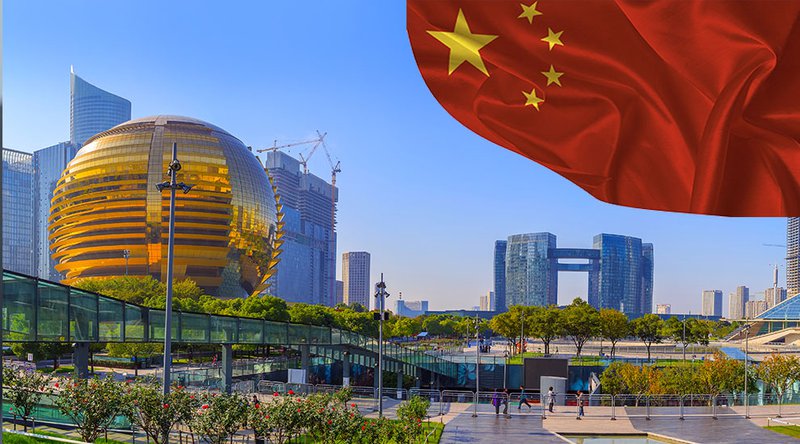 Blockchain startups in China now have a new source of funding they can tap into.

Today, April 9, 2018, the Xiong’An Global Blockchain Innovation Fund launched with $ 1.6 billion (10 billion yuan) to funnel into promising Chinese blockchain startups. The announcement took place during the grand opening of the Hangzhou Blockchain Industrial Park in China. The industrial park, which will also serve as an incubation center for the startups, is located in one of the biggest tech hubs in China, Hangzhou city in Zhejiang province, home to e-commerce giant Alibaba.

The Xiong’An Global Blockchain Innovation Fund was jointly funded by the Yuhang District Government, the Future Science and Technology City Administrative Committee, and the Hangzhou Yanqi Investment Management Co. “Government-guided funds” accounted for 30 percent of the investment, according to a report in Sohu.

Xu Xiaoping, one of China’s most celebrated angels investors, will serve as the fund’s advisor. Xu is the founder of ZhenFund, a venture capital firm that has invested in blockchain projects such as Stream and Lino. Li Xiaolai, a prominent Chinese Bitcoin investor and well-recognized figure in the cryptocurrency space, will manage the fund.

The fund’s announcement and the opening of the industrial park further establish Hangzhou as a rising center of blockchain technology in China. The government in Hangzhou has attached great importance to blockchain technology, ranking it just behind artificial intelligence and virtual reality technologies.

Notably, the announcement of the fund arrived just weeks after the government-affiliated Investment Association of China (IAC) rescinded its plans to establish a blockchain-funding center due to internal structural conflicts.

Several companies have been making a bid to support blockchain technology in China. In February 2018, Alibaba rival JD.com announced plans to launch a new Beijing-based accelerator program for artificial intelligence and blockchain startups. And in September 2017, the state-owned Bank of China (not to be confused with the People’s Bank of China, the country’s central bank) filed a patent application for a process for scaling blockchain systems.

Despite a spate of enthusiasm to delve into the blockchain space, all of these companies will have to deal with the regulatory uncertainty in the country. In efforts to stem capital outflow and corruption, China has been increasingly clamping down on cryptocurrencies, initial coin offerings (ICOs) and cryptocurrency exchange trading.

Follow me on Steemit and earn crypto for your best comments: … END_OF_DOCUMENT_TOKEN_TO_BE_REPLACED