Military intelligence gathering is a business model like any other; and because of that, technological innovations have an impact on how intel gathering is handled.  No one had ever imagined Bitcoin – and not blockchain technology – could play a part in this process, but you would be surprised of its value to military officials. 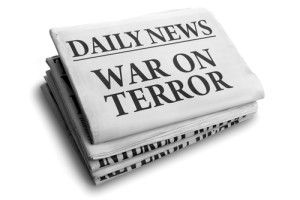 The United States military is labelled as many things, but they should also be credited for embracing new and disruptive technologies to their benefit.  Providing a bounty in the form of Bitcoin in exchange for intelligence about combat and terrorists could prove to be an invaluable change in way wars are being fought.

Not only would Bitcoin tips allow both the sender and the recipient to remain anonymous (or pseudonymous in more precise terminology), but it also allows to cut down the costs associated with paid informants.  And the combination of both aspects is what has garnered the attention of the Combatting Terrorism Technical Support Office (CTTSO).

“The current approach [of paying sources for information] is costly and labor-intensive to manage.  It fails to realize the potential to dramatically increase the volume and precision of reporting possible through crowdsourcing applications, particularly when they are combined with ‘rewards’ owing to the breakthrough in payment processing afforded by blockchain technology.” – Bid R3962.

To put this entire story into a proper perspective, it is important to keep in mind offering bounties for military intelligence is not something new.  In fact, at the time of publication, over US$350m in bounties is currently listed on the Rewards for Justice program website, which the is property of the Department of State.

Every individual bounty value is based on certain parameters, including the individual or group’s perceived threat against the US population.  That being said, the Bid R3962 proposal would lower the bounty reward in its entirety, which might not be the best approach.  On the contrary, some people feel that government officials should further increase the bounty rewards, especially if they can implement a cost-cutting payment method such as Bitcoin. 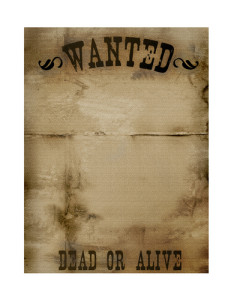 By adopting Bitcoin for bounty payments, the US military would increase the amount of bounty hunters on a global scale in an exponential fashion.  Most of the people on the “Most Wanted List” are hiding in developing countries, where there is little to no access to bank accounts.  As a result, paying bounty hunters in those parts of the world is a hassle, and can lead to delays in capturing the people responsible for terrorism threats.

However, if Bitcoin is used as payment, it doesn’t matter whether or not these bounty hunters have access to a bank account or not.  Bitcoin is not issued nor controlled by a financial institution, and serves as a borderless payment option anywhere in the world.  On top of that, with involved parties hiding their identity behind a Bitcoin wallet address, it is difficult to figure out who is receiving the bounty.

It will be interesting to see whether or not bid R3962 will pass or not, as the decision will be made in October of 2015.  However, the idea alone opens the door for a future Bitcoin- or blockchain-like implementation of a bounty system.

Follow me on Steemit and earn crypto for your best comments: … END_OF_DOCUMENT_TOKEN_TO_BE_REPLACED