You are here: Home / Crypto News / BitPay Closes Extended $40 Million Series B Round 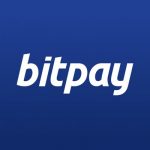 Global blockchain payments provider BitPay has closed its $ 40 Million extended Series B funding round, which brings its total raised capital to over $ 70 Million. New investors in BitPay include Menlo Ventures, Capital Nine, G Squared, Nimble Ventures (an affiliate of Passport Capital) and Delta-v Capital as well as individual investments from Christopher Klauss Family Office, Founder of Internet Security Systems (ISS), and Alvin Liu, Co-founder of Tencent. Aquiline Capital Partners led the initial Series B Round but extended the round due to increased investor demand.

Stephen Pair, BitPay CEO, commented: “BitPay had a record 2017 as we processed over $ 1 Billion in bitcoin payments. We brought on these new investors who can help BitPay scale globally to meet customer demand. Our goals include key hires in engineering and regulatory licensing, as well as expansion into emerging markets in Asia–one of BitPay’s fastest-growing regions for transactions and wallet adoption.”

READ MORE OF THE ARTICLE AT CHAIN-FINANCE.COM

Follow me on Steemit and earn crypto for your best comments: … END_OF_DOCUMENT_TOKEN_TO_BE_REPLACED