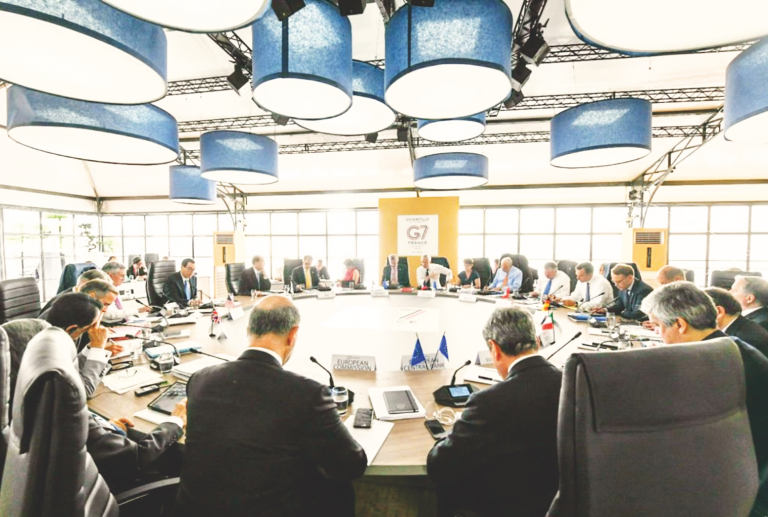 G7 finance chiefs met this week and Facebook’s Libra cryptocurrency was high on their agenda. They agreed on several crypto initiatives and fast regulatory responses to projects such as Libra, calling for them to meet the highest standards of financial regulation.

A Call for Urgent Action

The G7 finance ministers and central bank governors met in Chantilly, north of Paris, for a two-day conference on July 17 and 18. Other than France, which chairs this year’s meetings, the G7 comprises Canada, Germany, Italy, Japan, the U.K., and the U.S. In addition, the European Union has participated fully in the G7 since 1981 as a “nonenumerated” member. At the end of their meeting, the ministers issued the Chair’s Summary of the decisions made.

“Ministers and governors acknowledged that while innovation in the financial sector can bring substantial benefits, it can also entail risks,” the statement reads. “They agreed that stablecoins and other various new products currently being developed, including projects with global and potentially systemic footprint such as Libra, raise serious regulatory and systemic concerns, as well as wider policy issues, which both need to be addressed before such projects can be implemented.” The summary details:

Regarding regulatory concerns, ministers and governors agreed that possible ‘stablecoin’ initiatives and their operators would in any case need to meet the highest standards of financial regulation.

“Regarding systemic concerns, ministers and governors agreed that projects such as Libra may affect monetary sovereignty and the functioning of the international monetary system,” the Chair’s Summary continues.

“On Libra, we had a very constructive and detailed discussion with a very large and shared consensus on the need for action,” a French official told the AFP news agency. After chairing the first day’s meeting, French Finance Minister Bruno Le Maire was quoted by Reuters as saying:

The sovereignty of nations cannot be jeopardised … The overall mood around the table was clearly one of important concerns about the recent Libra announcements, and a shared view that action is needed urgently.

“The issuance of a currency does not belong in the hands of a private company because it is a core feature of a sovereign state,” German Finance Minister Olaf Scholz proclaimed. Asserting that Facebook’s plans do not “seem to be fully thought through,” he is convinced Libra “cannot go ahead without all legal and regulatory questions being resolved,” the news outlet added. A senior Japanese finance ministry official who was at the meeting told the press:

Most G7 members saw Libra as posing a serious problem from the perspective of consumer data protection and the impact on monetary policy.

Facebook recently unveiled its plans for Calibra, a new subsidiary aimed at providing financial services via the Libra network. “The first product Calibra will introduce is a digital wallet for Libra, a new global currency powered by blockchain technology,” the company described.

The G7 has set up a working group on stablecoins, coordinated by Benoit Coeure, Chair of the Committee on Payments and Market Infrastructures (CPMI). Its preliminary findings were provided at the meeting.

The group consists initially of senior officials from the G7 central banks, the International Monetary Fund (IMF), the Bank for International Settlements and the Financial Stability Board (FSB), the Chair’s Summary reveals, adding that it will be expanded to representatives from G7 ministries of finance. The group will also coordinate with the G20 and other relevant standard-setting bodies. Its final report and recommendations are expected by the time of the IMF-World Bank annual meetings in October.

Bank of Japan Governor Haruhiko Kuroda believes that, given the potential impact of Libra on the global economy, the G7 working group would evolve over time to include a broader range of regulators, elaborating:

If the Libra is aspiring to be used globally, countries must seek a globally coordinated response … This is not something that can be discussed among G7 central banks alone.

Central bankers have emphasized that Facebook needs a banking license if it wants to take deposits, with some expressing concerns about allowing people to transact anonymously.

In response to Facebook’s Libra plans, Japanese regulators also set up a working group ahead of the G7 Finance Ministers and Central Bank Governors Meeting to discuss the potential impact of the planned digital currency on monetary policy and financial regulation, Reuters reported government sources revealing.

This working group consists of Japan’s central bank, Ministry of Finance and Financial Services Agency (FSA) which is in charge of the country’s banking regulation. “The group has started comprehensive discussions on various aspects of stablecoins,” Mainichi publication reported Japanese Finance Minister Taro Aso as saying after the G7 meeting. Sources told Reuters that the group “will seek to coordinate policies to address the impact Libra could have on regulation, monetary policy, tax and payments settlement.” 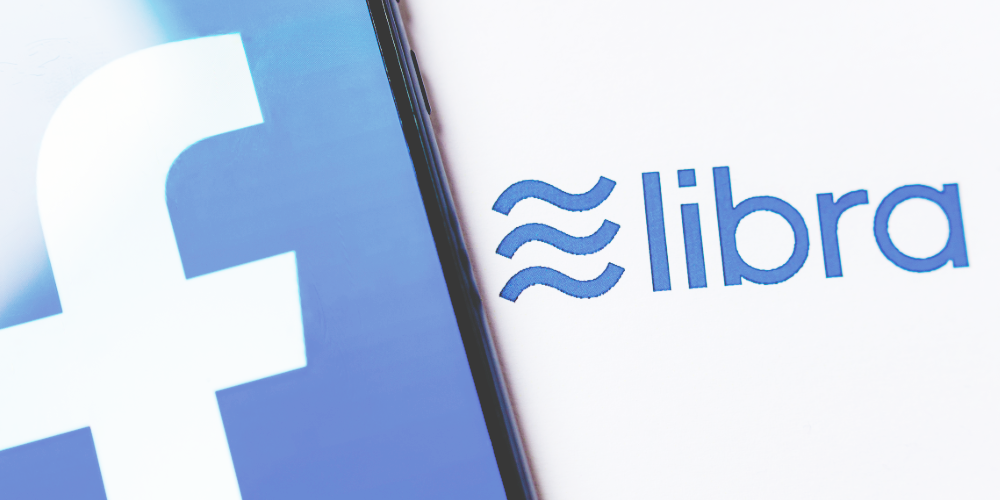 Japan hopes to rally support from other countries to expand the task force into a bigger group of tax and financial regulators, given the wide range of policies that could be affected by digital currencies.

As this year’s chair of the G20 meetings, Japan will look at ways to align separate efforts made by the G7 and G20 to address the policy implications of Libra, the officials noted.

At the G20 summit last month, the G20 leaders declared that “crypto-assets do not pose a threat to global financial stability at this point.” However, they “are closely monitoring developments and remain vigilant to existing and emerging risks.” The leaders also asked the FSB and other standard-setting bodies “to advise on additional multilateral responses as needed.”

The Japanese government is also setting up “an international network for cryptocurrency payments, similar to the SWIFT network used by banks, in an effort to fight money laundering,” Reuters reported Thursday, citing a person familiar with the matter.

The plan, proposed by the country’s Ministry of Finance and the FSA, is for the network to be in place in the next few years, the publication noted. The Financial Action Task Force (FATF), an intergovernmental standard-setting body in areas such as money laundering, will monitor the system’s development and Japan will cooperate with other countries. The FATF approved the plan for this new network in June, according to the source.

Japan’s finance minister urged his G7 counterparts Wednesday to comprehensively assess Libra for any new challenges that may fall outside of existing regulations, emphasizing:

Applying existing regulations alone may not be enough. A comprehensive examination is needed to see if Libra poses new challenges that existing rules do not take into account.

“On the other hand, authorities need to respond in a timely fashion so they’re not behind the curve,” the finance minister opined.

Libra Grilled by US Lawmakers

Facebook executive and Calibra CEO David Marcus appeared before the U.S. Senate Banking Committee and the House Financial Services Committee this week. The committees asked him questions such as how Libra could affect global monetary policy and how customer data will be protected.

“Facebook has demonstrated through scandal after scandal that it doesn’t deserve our trust … We’d be crazy to give them a chance to let them experiment with people’s bank accounts,” Senator Sherrod Brown said in his opening remarks.

During Wednesday’s hearing, Rep. Brad Sherman compared the potential consequences of Facebook’s crypto project to the terrorist attacks of 9/11. “We’re told by some that innovation is always good … The most innovative thing that’s happened this century is when Osama bin Laden came up with the innovative idea of flying two airplanes into towers,” he claimed. Sherman asserted that if successful, Libra could be “one of the biggest things this committee will deal with this decade,” then questioned why Marcus appeared in Congress for Facebook instead of CEO Mark Zuckerberg.

“I don’t think you should launch Libra at all,” Rep. Carolyn Maloney told Marcus, while Rep. Madeleine Dean said, “I think before you move on to Libra, you ought to clean up the messes of the past.” According to Marcus:

Facebook will not offer the Libra digital currency until we have fully addressed regulatory concerns and received appropriate approvals.

What do you think of how the G7 countries plan to handle cryptocurrencies including Libra? Let us know in the comments section below.

Are you feeling lucky? Visit our official Bitcoin casino where you can play BCH slots, BCH poker, and many more BCH games. Every game has a progressive Bitcoin Cash jackpot to be won! 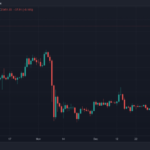 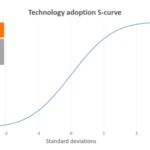