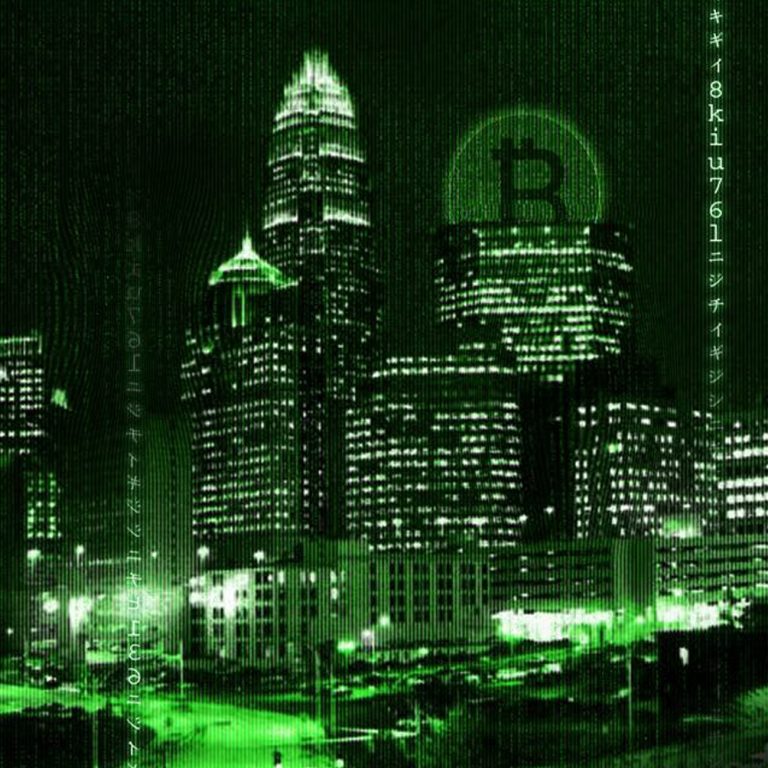 Cryptocurrency markets are seeing some gains today as most digital assets are up over the past 24-hours between 3-15 percent. Bitcoin Cash (BCH) values spiked considerably during the day’s trading sessions on May 5 touching a high of $ 1,740 per BCH. At the time of publication, the price of BCH is hovering around $ 1,720 per coin, adding another $ 500Mn in 24-hour trade volume.

Bitcoin Cash markets have been surging on Saturday, May 5 as the decentralized cryptocurrency surpassed the $ 1,700 range during the days earlier morning trading sessions. Overall most digital assets markets are up in general, as at least 2/3rds of the top 500 cryptocurrencies are all seeing gains. BCH, in particular, has made a notable rise jumping over 13 percent over the past 24-hours. After a few weeks of BCH averaging over 0.1 BTC per BCH, the cryptocurrency is slowly approaching 0.2 BTC per coin showing some distinct non-correlated market activity lately. At the moment the top five exchanges swapping the most BCH today include Upbit, Huobi, Okex, Bitfinex, and Bithumb. Over the past few days on South Korean exchanges, BCH spot prices have been consistently $ 20-80 higher on trading platforms like Upbit and Bithumb. 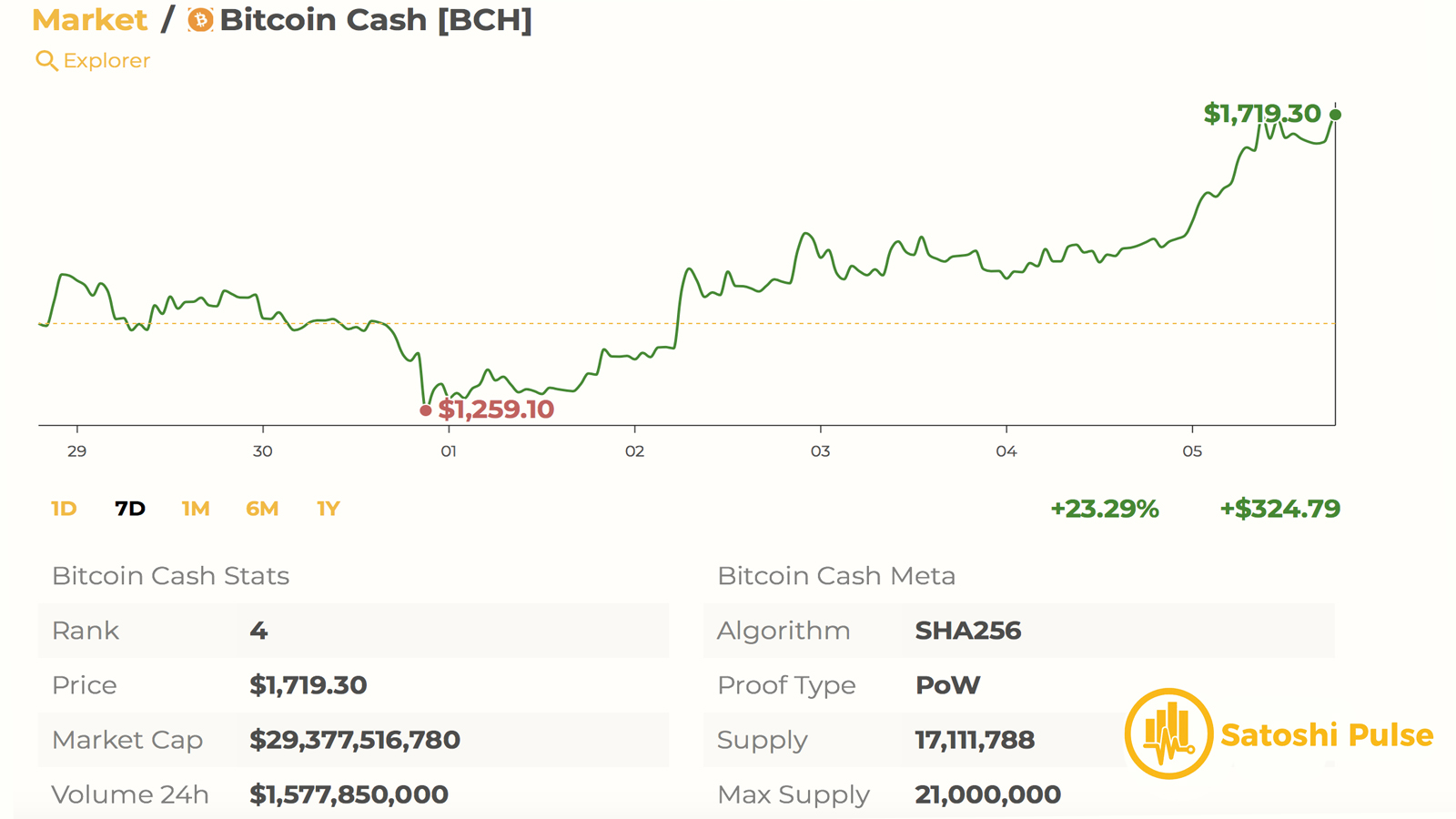 The top currency swapped for bitcoin cash today is Bitcoin Core (BTC), capturing 36.9 percent of all BCH trades. Following the BTC pair volume, is tether (USDT 24.6%), USD (16.8%), KRW (16.8%), and the EUR (1.4%). Two other notable currencies paired with BCH that have increased in trade volumes over the past day are ethereum (ETH 1%), and the Japanese yen (1%). The Korean won paired with BCH has also seen double the volumes since our last markets update. Further, over $ 3Bn has been added to the BCH market capitalization since our last report as well, as the total BCH valuation in circulation rests at $ 28.8Bn at the time of publication.

Looking at the charts shows BCH bulls are struggling to break resistance around the $ 1,750 mark at the moment. The 4-hour chart shows the two Simple Moving Averages (SMA) have a nice gap in between with the 100 SMA well above the longer term 200 SMA trendline. This indicates after eating through some sell orders the path to resistance should be on the upside. RSI levels are 71 right now, showing markets are a touch overbought at the moment and some slight downtrend and consolidation taking place at this vantage point is to be expected.

The MACd, however, is heading northbound and it shows there’s more room for improvement over the next few hours. On the upside looking at order books shows bulls will need to muster enough strength to surpass thick resistance up until the $ 1,775 price range. On the flip side if bears take the reigns then there are some strong foundations between $ 1,625 down to the $ 1,500 zone before buys start to thin out.

BCH advocates have been happy about the price but most are more concerned about development, spreading adoption, and preparing for the upcoming 32 MB upgrade that’s now ten days away. There’s been a bunch of development with things like Memo, Joystream, Blockpress, Cointext, Cash Shuffle, and many more projects on the horizon. The price to most BCH supporters is rather unimportant and its considered merely a reflection of all the effort that’s been put into the growing BCH ecosystem since the project’s inception.

Where do you see the price of BCH headed from here? Let us know in the comments below.

Disclaimer: Price articles and markets updates are intended for informational purposes only and should not to be considered as trading advice. Neither Bitcoin.com nor the author is responsible for any losses or gains, as the ultimate decision to conduct a trade is made by the reader. Always remember that only those in possession of the private keys are in control of the “money.”

Follow me on Steemit and earn crypto for your best comments: … END_OF_DOCUMENT_TOKEN_TO_BE_REPLACED