You are here: Home / Archives for Economist

In a new article called “Facebook’s Fake Money,” economist Thorsten Polleit bashes Facebook’s foray into cryptocurrency through its Libra token. Facebook Libra Isn’t Sound Money Far from alone in his criticism of Facebook’s fintech ambitions, Polleit bases his doubts on an entirely different set of metrics than do legislators and regulators. Pointing out that consumers […]

Born in 1899 in Vienna, Nobel Prize-winning economist F.A. Hayek is a legend of sorts in voluntaryist, libertarian, and crypto-economic circles. Freshly rediscovered video footage of the Austrian School philosopher and social theorist from 1984 is now making the rounds on crypto Twitter. In a stunning soundbite of an already well-known quote, Hayek declares that the only way to return to sound money is to take it out of the hands of government. He goes on to describe in spine-chillingly fortuitous fashion a money that requires no permission, and no central “authority.”  Read more...

This is a preview of Hayek’s 1984: Rediscovered Footage Shows Austrian Economist Predicting Bitcoin. Click Here To Read the full post

Famous American economist Joseph Stiglitz, who won the Nobel Prize for his 1995 Report of the Intergovernmental Panel on Climate Change, thinks we should “shut down” cryptocurrencies. In a recent interview with CNBC, Stiglitz cites his concern over the illicit use of digital currencies as reasoning to shut down crypto networks, including Bitcoin (BTC). “I […]
SludgeFeed

The top economic adviser to U.S. President Donald Trump has dismissed fears that the world’s biggest economy is about to slip into a recession, even as the Dow Jones Industrial Average and other market indices have suffered steep declines in recent months. In an interview on Bloomberg TV, the National Economic Council Director Larry Kudlow … Continued

The US economy will plunge into a recession in 2019, thanks to overreach by the Federal Reserve — which raised interest rates for the fourth time in 2018. That’s the sobering assessment of Canadian economist David Rosenberg, a strategist with Gluskin Sheff, a Toronto investment firm. “The market is behaving as it did during the worst collapse

The post US Economy Is ‘Complete Facade,’ Says Economist Who Claims Recession Is Near appeared first on CCN

Mohamed El-Erian — the chief economic adviser at Allianz SE — says concerns over a US recession are overblown, but we can expect wild fluctuations on the Dow Jones Industrial Average in 2019 because of financial uncertainty in Europe and China. However, El-Erian said the US economy will remain strong and will continue to grow at a

Ethereum is at best a $ 13 billion “science experiment,” believes Tuur Demeester. The Austrian economist, known for his anti-Ethereum remarks, explained why he has been overly pessimistic about the blockchain project in a 50-pointer thread. A majority of these points referred to the Ethereum team’s earlier promises of improving the main chain’s scalability. Ethereum Can’t 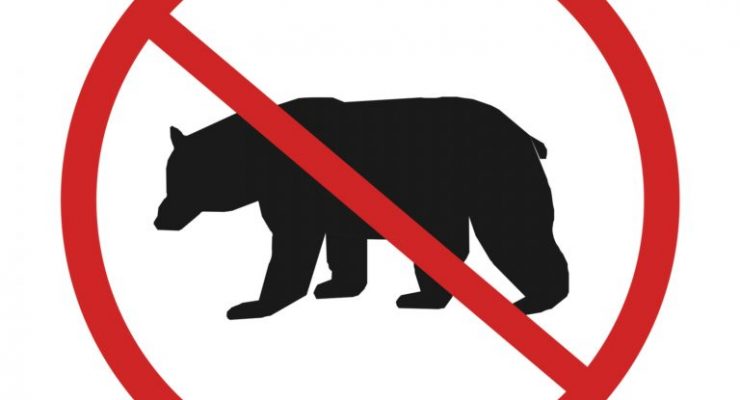 Mark Dow, a hedge fund manager and former International Monetary Fund economist, has publicly announced that he has closed his BTC short position. Based on his blog, it appears that Dow likely entered the trade when BTC was trading at around $ 14,000.

Mark Down Closes Out BTC Short 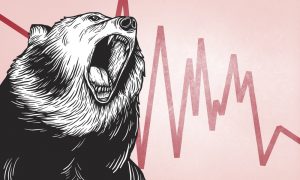 Earlier this week, Mark Dow took to Twitter to announced that he had closed his BTC short position in its entirety, posting: “Today I say goodbye to the bitcoin short. Sad!”  Read more...

Former IMF Chief Economist and current Harvard University Professor of Economics and Public Policy Kenneth Rogoff believes that bitcoin and other cryptocurrencies currently amount to little more than “lottery tickets” at this moment in time. Writing in the Guardian on Monday, Rogoff stated that while some believe that cryptocurrencies have had their day and are

The post Bitcoin Nothing More Than a ‘Lottery Ticket’: Harvard Economist appeared first on CCN

F.A. Hayek was a Nobel-prize winning economist. In the 1970s, in the middle of a punishing recession and inflationary period that lasted into the beginning Ronald Reagan’s presidency, Hayek proposed that the solution to government-caused inflation and its associated problems was to allow the issuance of private, irredeemable money to compete with fiat issued by … Continued

The post Flawed Cryptocurrencies Will Never be a Store of Value, Claims UBS’ Chief Economist appeared first on CCN

Crypto will survive the current market sell-off because it’s here to stay. However, cryptocurrencies won’t replace fiat money anytime soon. That’s the assessment of Allianz chief economist Mohamed El-Erian. “Cryptocurrencies will exist. They will become more and more widespread, but they will be part of an ecosystem,” El-Erian said at the Consensus: Invest conference in New York. “They … Continued

Paul Donovan, the global chief economist at Switzerland-based UBS Wealth Management, believes Bitcoin (BTC) may be on its death throes following its near 80% correction in 2018, which Donovan calls “not healthy.” UBS on the fall in Bitcoin: There is some good news. The time, effort and electricity that built the bubble can now be used to do […]
SludgeFeed

This year has been filled with negatives for cryptocurrencies, or at least cryptocurrency investors. Trading at insane prices towards the tail end of 2017, crypto values have fallen closer to earth, with a large majority shedding as much as 80 percent of their value. This has led to quite a bit crisis talk, with some

The post Economist: It’s Time for Bitcoin to ‘Put up or Shut up’ appeared first on CCN

At Bloomberg Ideas, an event that features leading experts in various industries, George Mason University economics professor Tyler Cowen stated that if crypto remains illegal, adoption will be difficult to achieve. “If crypto stays illegal, it will be ghettoized, and that will make it harder for it to spread ultimately.” However, in major markets including

The post Economist: if Crypto “Remains” Illegal, Adoption Will be Difficult appeared first on CCN

Ever since Nouriel Roubini appeared before the United States Senate Committee On Banking, Housing, and Urban Affairs, to discuss cryptocurrencies – he has certainly been causing quite the commotion with regards to the cryptocurrency community.   Roubini vs Buterin This is not surprising, considering the famed economist shared several controversial statements about bitcoin and cryptocurrency 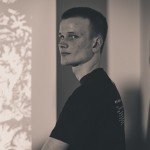 Ethereum co-founder, Vitalik Buterin has thrown shade on prominent economist and cryptocurrency skeptic Nouriel Roubini, in response to Roubini’s earlier statements calling him a “dictator” and describing decentralization in Crypto as a “myth”. In a tweet, Buterin subtly hinted that Roubini has no idea what he is talking about and as such he should not

New York University (NYU) economist Nouriel Roubini is scheduled to testify later this week during a U.S. Senate hearing on blockchain and cryptocurrency technology, and the noted bitcoin basher appears to be preparing for his testimony by trying out some new criticisms of the nascent asset class. Ethereum Co-Creator a ‘Dictator for Life’ Writing on

It is not terribly common for a mainstream economist to say something good about bitcoin in the period of its downtrend, but Mohamad El-Erian once again made an exception. Cryptocurrency’s Not Going Away The Allianz chief economic advisor said in an interview that cryptocurrencies are not dead, though they may be overvalued. He specifically mentioned

Follow me on Steemit and earn crypto for your best comments: … END_OF_DOCUMENT_TOKEN_TO_BE_REPLACED