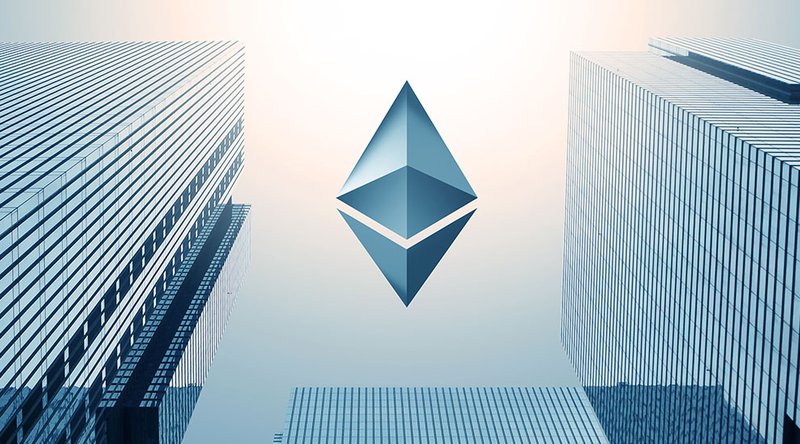 Ether Capital is positioning itself to be the first Ethereum-focused publicly traded company. Having already raised $ 45 million through a private placement, the Toronto-based firm is now close to finalizing the reverse takeover (RTO) of a Vancouver shell company by mid-April.

“Ether Capital is a technology company focused on building the central business and investment hub for the Ethereum ecosystem,” explained Ether Capital CEO Michael Conn in an interview with Bitcoin Magazine.

“We feel that being publicly traded, and therefore transparent, gives us a significant competitive advantage in the marketplace and helps protect us against the regulatory headwinds that ICOs [initial coin offerings] have been recently facing.”

Ether Capital aims to bring some clarity to an industry that has been largely opaque. The lack of transparency and the concerns around ICO-related fraud have recently led to a clampdown of sorts on ICOs and exchanges by the U.S. Securities and Exchange Commission (SEC) and other global financial regulators.

“Approximately 90 percent of ICOs fail,” noted Conn. “It’s unclear if some ICOs which have raised millions of dollars will even come to market.”

Ether Capital’s plan is to set the proceeds from its private placement aside for working capital and to acquire ether, the native currency of the blockchain-based platform Ethereum, once they complete their RTO in mid-April.

“We believe ether is a strategic asset in and of itself and are bullish that it will appreciate in its own right,” said Conn, in spite of recent price corrections that have seen ether decline to the $ 300 handle, though it has recovered to above $ 400 at the time of writing.

Ether Capital then plans to use that ether first to acquire a core Ethereum-based blockchain business and then to buy or build businesses around it, in order to create an interoperable technology company.

“We want to create accretive value by building a true business, rather than acting as a venture capital firm that makes 10–15 investments and is pleased if two or three appreciate in value,” the serial entrepreneur explained. “We are really looking to be a meaningful alternative to both ICOs and venture capital. We are not precluding ourselves from collaborating with VCs or private investors in any of our investments, but ultimately [we] need to see how a business fits in to our broader vision of interoperability.”

He views Ether Capital’s model as similar to Google’s, where Alphabet is the holding company, and other companies like Search, Gmail and Google Plus, etc., feature some level of interoperability with each other, while contributing to the growth of the greater whole.

“As the ICO marketplace comes under greater scrutiny from the SEC, the fact that we are a regulated and publicly traded company should shield our companies,” said Conn. “They will likely not be subject to the same constraints from the SEC as companies that choose to go the ICO route.

“While a lot of capital has been raised to date through ICOs, the SEC is now calling some of them securities and subjecting them to the Howey Test,” Conn observed. “These regulatory hurdles are making ICOs a much more difficult path for raising capital.”

There are venture capitalists in and around the space, but they want a piece of the business and they want to see liquidity.

“Very few businesses in the blockchain space are seeing tremendous revenue right now, which makes it dilutive and somewhat difficult to operate under the umbrella of a VC fund, though not impossible,” said Conn.

“We are effectively creating a pool of publicly traded permanent capital. The level of regulatory scrutiny we will be subject to such as quarterly investment calls, quarterly financials, etc., will provide cover to those businesses underneath us. They won’t need to face regulations head on, as they would have if they had raised capital via an ICO.”

Ether Capital has conferred with financial regulators and exchanges in Canada in the lead-up to its reverse takeover and the private placement.

“They have been supportive and we feel that through our funding mechanism we are effectively de-risking the buildout for whatever businesses we end up taking on,” said Conn. “We believe that this creates a unique space where our businesses can operate and focus on growing and creating shareholder value.

“It’s really a regulatory clampdown that’s happening in the ICO market and that is where Ether Capital fits in as a solid alternative.”

Ether Capital is backed by OMERS, one of the largest pension plans in Canada, as well as Purpose Investments, a relatively large Toronto-based asset management business.

The Ether Capital board consists of well-known individuals such as Joey Krug, founder of Augur and co-CIO of Pantera Capital; John Ruffolo, CEO of OMERS Ventures; and Som Seif, CEO of Purpose Investments. Conn himself comes from a strong asset management background, having held key executive roles at firms such as AllianceBernstein, TCW and Quail Creek Partners. The team is already evaluating deal flow from early-stage incubations to more established businesses.

“We are fortunate to have a deep and diverse network across the Ethereum community which provides us with well-curated deal flow,” says Conn. “We are looking to be a meaningful actor in the space, but will not do any transaction unless we feel that the potential for shareholder value creation is greater than the value of ether. Our goal is to ensure our shareholders and the Ethereum community both benefit through the value we are creating.”

Follow me on Steemit and earn crypto for your best comments: … END_OF_DOCUMENT_TOKEN_TO_BE_REPLACED