You are here: Home / Bitcoin / TigerDirect Happy About Bitcoin Acceptance

Various retailers have started experimenting with Bitcoin payments in the past two years, including some very prominent names such as NewEgg, Overstock.com and Dell.  Not every company is seeing a profit from this experience so far, as the declining Bitcoin price isn’t helping matters much.  TigerDirect is one of the very few major retailers who have seen continued growth in terms of Bitcoin payments. 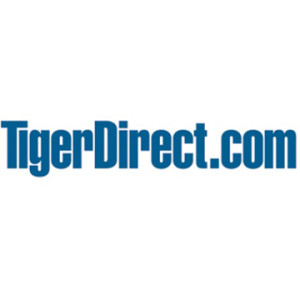 The name TigerDirect is synonymous with electronics and PC hardware, both in the continental US and Canada.  Even though this website does not ship orders outside of North America, there are quite a lot of domestic customers who alternate between NewEgg and TigerDirect for their electronics and computer needs.

About a year and a half ago, TigerDirect joined the fray of major retailers experimenting with Bitcoin payments.  This was a bit of a gamble for the company, as there were no clear indications that customers were even remotely interested in using Bitcoin as a payment option.  However, with BitPay integration being easy to set up, and 0% fees on Bitcoin transactions, there was no initial investment required.

Just a few weeks ago, another major company that started accepting Bitcoin payments – Expedia – reported how the number of Bitcoin customers had dropped significantly in the past year.  And even Overstock.com, firm believers in Bitcoin and blockchain technology, reported losses on their digital currency holdings earlier in 2015.

It has to be said, however, that TigerDirect has seen a far different experience.  So much so that there is a noticeable growth in customers paying with Bitcoin.  This is in stark contrast to both Expedia and Overstock.com, albeit there might be a simple explanation for this scenario.  Bitcoin is a very “tech” concept, so it is only natural that most geeks and nerds, who do their shopping at TigerDirect, start using Bitcoin to pay for their orders.

That being said, nearly half of TigerDirect’s new customers are using Bitcoin to pay for goods on the website.  But that is not all, as Bitcoin customers are willing to spend larger sums of money on the TigerDirect website as well.  According to a spokesperson, Bitcoin users spend 30% more – on average – compared to customers sticking to traditional payment methods.

As you would come to expect, more purchases are taking place during Bitcoin price swings.  In particular, luxury items, such as consoles, monitors and tv screens seem very popular whenever the Bitcoin price becomes volatile.  An increase in Bitcoin price makes wallets itch, and more orders are coming in for TigerDirect.

Other Businesses To Profit As Well? 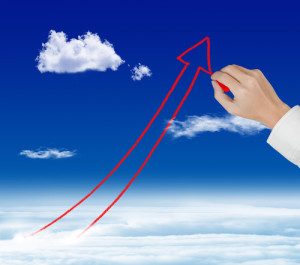 Retailers selling electronics and computer parts for reasonable prices will always do well within the Bitcoin community, but other types of businesses can see a similar trend in due time.  Some of the very first items that could be bought with Bitcoin – other than pizza – were electronics, and that niche market has become somewhat of a tradition.

There aren’t too many retailers who sell everyday consumer goods in exchange for Bitcoin.  Once major chains such as grocery stores start accepting Bitcoin payments, the landscape will change dramatically.  Buying everyday goods with Bitcoin at this time involves users to jump through various hoops, such as obtaining a debit card.  That situation will – hopefully – change in the years to come.

Follow me on Steemit and earn crypto for your best comments: … END_OF_DOCUMENT_TOKEN_TO_BE_REPLACED