A gala held by Tipping Point, a non-profit organization that seeks to invest in efforts aimed at breaking the poverty cycle in the San Francisco Bay Area, has raised more than $ 14 million USD. The gala comprises the time that Tipping Point has accepted cryptocurrency donations, with the event being attended by the respective chief executive officers of Coinbase, Ripple Labs, and Pantera Capital Management.

Also Read:  A Brief History of Hidden Messages in the Bitcoin Blockchain

Tipping Point has raised over $ 14 million during a gala in San Francisco that saw the non-profit accept cryptocurrencies for the first time. As such, the event saw attendance from many leading figures from the cryptocurrency sector.

“It’s great to see in the Bay Area because this is all about making sure that wealth is getting to people who need it most, and this helps lubricate that goal,” said Chris Larsen, the chief executive officer of Ripple.

“It’s a productive and worthwhile application from a nonprofit that’s driven by some of the most innovative minds in San Francisco,” said Dan Morehead, the CEO and founder of Pantera Capital Management.

“I think a lot more charities will be accepting crypto in the future,” said Brian Armstrong, the CEO and co-founder of Coinbase.

Donors Give ‘Crypto Gifts’ at Gala 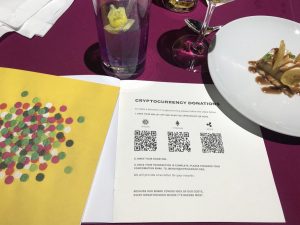 Tipping Point spokeswoman, Marisa Giller, has indicated that all “crypto gifts” received will be converted into fiat currency and spent within the next financial year. Cryptocurrency donations were encouraged through a page in the event’s programme hosting QR codes facilitating donations in the form of BTC, ETH, and XRP.

“Trust me, no one is doing this in New York yet,” auctioneer Lydia Fenet stated of the cryptocurrency donations accepted by Tipping Point.

The cryptocurrency revolution has inspired numerous innovative fundraising efforts on the part of charities and non-profit organizations. 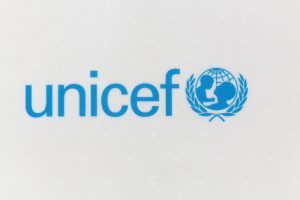 In recent weeks, Unicef Australia launched The Hopepage – a website that the company states will “allow Australians to provide help and hope to vulnerable children by simply opening the page while they are online.” The Hopepage uses Authedmine, an opt-in version of Coinhive’s API to divert donors’ computing power to mining XMR on behalf of the organization.

Have you ever donated cryptocurrency to a charity, organization, or random stranger on the internet? Share your experiences in the comments section below!

Follow me on Steemit and earn crypto for your best comments: … END_OF_DOCUMENT_TOKEN_TO_BE_REPLACED