You are here: Home / Crypto News / What You Should Pay Attention To in The 2016 Tech Industry

Even though not everyone is a fan of some of the current tech trends, that doesn’t mean they won’t become more viable in the not-so-distant future. Regardless of how people feel about certain technological marvels, they will play an important role throughout 2016 and the years to follow. Analytics, 3D printing, cloud computing, and artificial intelligence are slowly making their way to mainstream consumers all over the world. 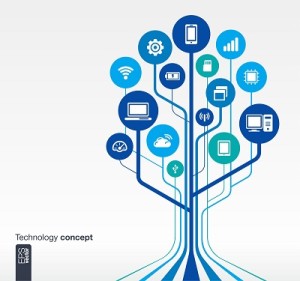 The year 2015 was a great period for technological innovation, and several new tech trends started to emerge. Among those trends, we can identify four main sectors where technology will play an ever-increasing role of importance in the future. Not all technology trends have to be innovations, as the biggest industries are already among us.

First and foremost, 3D printing will reach more consumers around the world than ever before. Not just because there are more manufacturers creating affordable printing solutions for customers, but also due to more decentralized initiatives by companies such as 3D Hubs. Consumers are not necessarily looking for printing things at home, but they are willing to pay someone else a small fee for doing so.

In a way, 3D printing will also have an effect on the evolution of artificial intelligence and smart machines. The Internet of Things wants to connect billions of devices around the world in the near future, which will inevitably lead to our machines becoming smarter. To some people, the concept of machines learning from their actions and mistakes may sound scary, but it doesn’t necessarily have to be.

A lot of the success in this particular industry will depend on how smarter machines are packaged. Anything that is pleasing on the eye will sway the minds of consumers much faster, and 3D printing could certainly help to achieve that goal. Especially for the future generations of devices, consumers will install at home, they have to be as unobtrusive and sleek in design as possible.

On the software side of things, expect more and more systems to migrate into a cloud-based structure over the course of 2016. Distributed computing is far more efficient and cheaper compared to traditional storage and processing solutions. Scalability is a big issue when it comes to dealing with physical hardware, whereas relying on cloud services seems to resolve that issue altogether. Key partnerships in the cloud industry can go a long way.

Last but not least, there is the topic of analytics and big data. As our machines become smarter, they will be able to interpret the human needs and desires better over time. Putting that data into analytics anyone can understand, will be the real struggle moving forward. However, if we learn to harness this invaluable source of information, businesses can avoid certain questions being asked, even before the thought of asking even occurs to someone.

A Lot of Startups Remain Unprofitable 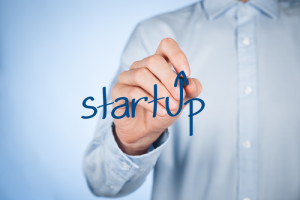 Another issue that needs to be addressed in the technology sector is how a lot of the so-called “unicorns” are struggling to come up with a viable business model. Despite millions in funding, very few tech unicorns can make a profit these days. Investors can be quite patient in this regard, but they won’t sit around forever waiting until things improve. A few companies will have to put up or shut up in 2016; that much is certain.

Furthermore, people can expect fewer tech companies to IPO in 2016. A lot of companies are failing to hold up the share price once the IPO has come to a close. This situation might actually be positive for the tech industry in general although new investors might feel otherwise about that statement.

Follow me on Steemit and earn crypto for your best comments: … END_OF_DOCUMENT_TOKEN_TO_BE_REPLACED