You are here: Home / Novice/Beginners / Where to Spend Bitcoin? – Gyft.com

There are plenty of options to spend your Bitcoins, both in an online and offline fashion. The number of online retailers is vastly superior compared to the offline merchants, but both numbers are showing a healthy growth rate year over year. Have you ever wondered if you could spend your Bitcoins on gift cards? You sure can!

Gyft is one of the biggest Bitcoin retailers when it comes to purchasing gift cards of all sorts. Contrary to popular belief, Gyft is not only accepting Bitcoin for their gift cards, as you can easily pay with Paypal/credit card/Google Buy as well. But the main goal of Gyft is to push Bitcoin awareness and adoption to new levels. In fact, Gyft.com was one of the very first online merchants to accept Bitcoin payments!

One way of attaining that goal is by offering a 3% cashback bonus to people who pay for their order in Bitcoin. This cashback bonus is not offered as a partial refund in Bitcoin or fiat currency, but comes in the form of Gyft Points. These Gyft Points can then be used as a discount on future gift card purchases.

The reason so many Bitcoin enthusiasts enjoy using the service provided by Gyft is because they offer so many gift cards to choose from. Granted, all of these are oriented towards customers in the United States, but their catalog is being updated at regular intervals. One of the latest additions to Gyft’s catalog is a gift card for American Airlines [ranging from US$100 to US$500].

Gyft also has their very own “Gyft Card” gift card, for those of you who aren’t planning to use the service yourselves but know someone who will greatly benefit from doing so. Why not make that person happy by sending them a Gyft Card worth up to US$500 so they can buy whatever their heart desires?

It is important to note however that not every gift card in the Gyft Catalog can be purchased with Bitcoin. There are only a handful of exceptions to the “buy it all regardless of payment method” policy on Gyft, but that is beyond the site owners’ control. Itunes gift cards, for example, can not be paid in Bitcoin but only with Paypal or a credit card. 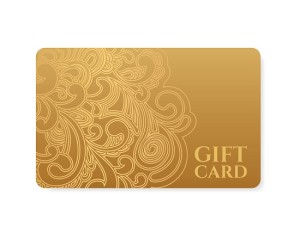 Funnily enough, Apple does not allow Gyft to sell these Itunes cards in exchange for Bitcoin. Apple has always had a strict policy regarding anything that is tied to Bitcoin and digital currency, despite recently allowing Bitcoin apps onto the App Store. Despite numerous requests from Bitcoin enthusiasts, Apple is not budging.

Note from the Author: Fun fact, Itunes gift cards can not be purchased with Google Buy either on Gyft.com. The relationship between Apple and Google is mostly the cause of this decision.

Mobile users can rejoice as well, as the Gyft app is available on both iOS and Android. By using this application, you can easily keep track of all your gift cards and their respective balances wherever you are. Furthermore, these mobile applications can also be used to buy and spend Gyft gift cards on the go.

In one of our future articles, we will look at alternative ways to buy gift cards with Bitcoin.

Follow me on Steemit and earn crypto for your best comments: … END_OF_DOCUMENT_TOKEN_TO_BE_REPLACED